The most-awaited stunt-based reality show Khatron Ke Khiladi 11 premiered on Saturday, July 17. The show witnessed many ups and downs during its first weekend episodes. During the episodes, the contestant were seen performing the daredevil stunts. 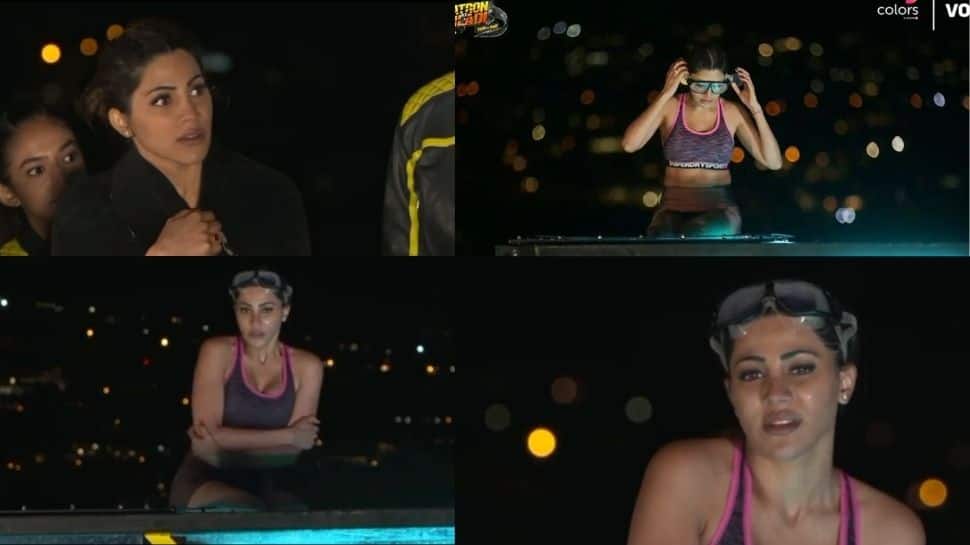 New Delhi: The most-awaited stunt-based reality show Khatron Ke Khiladi 11 premiered on Saturday, July 17. The show witnessed many ups and downs during its first weekend episodes. During the episodes, the contestant were seen performing the daredevil stunts.

While Divyanak Tripathi and Sana Makbul succeeded in impressing the host Rohit Shetty, it was Nikki Tamboli who got ‘fear funda’ for aborting not only one but several tasks.

She was in bottom with Rahul Vaidya, Vishal Aditya Singh, and Anushka Sen. But later, she aborted her final task also and had to say goodbye to the show.

Well, it all started with Vishal who has water phobia aborting the water task where he was hooked on a moving wheel and he had to unlock himself while being under water. He couldn’t perform the task while Sana Makbul excelled the task in mere 36 seconds. Although, Rahul performed the task but he took more than 5 minutes to complete it and so ended up being in the danger zone.

After seeing all this, Rohit couldn’t control his anger on Nikki for not even trying the task and being in panic mode all the time.

Laterwards, Rohit also revealed that another contestant Varun Sood had passed a remark on Nikki saying that he will go bald if Nikki reaches the finale and she gets hurt and starts to argue with him.

Rohit interrupts and tells Nikki that getting eliminated in the very first week itself is a ‘huge disgrace’ because more than anyone else, her family and friends will tease her.

Well, this is not the end, Rohit once again tried his best to save Nikki and gave her last chance for the survival but she aborted the task for the third time as well. Rohit then told her that she does not understand the value of such opportunities and declared her eviction.

Disha Parmar shares a pic of her sweet bedtime PDA with hubby Rahul Vaidya - Check it out!