In tonight’s episode, Prachi calls Pragya and tells her about Disha’s condition. Pragya is surprised to hear about Disha crying and decides to call up Disha to find out. 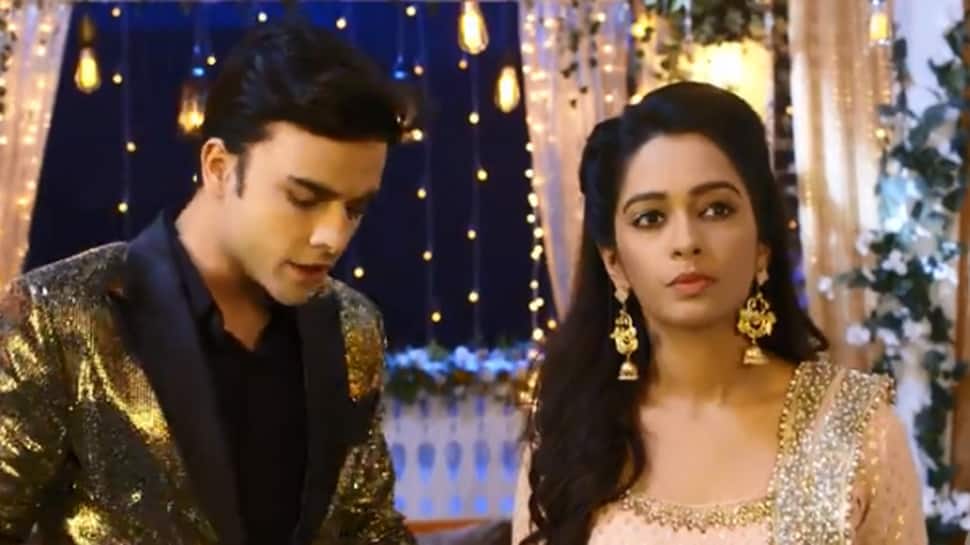 New Delhi: In the episode, Aliya notices Purab and Disha together at the party and accuses Disha of trying to be around Purab deliberately. On hearing such remarks, Disha leaves. When Purab meets Hritik, he gets to know that he is only Disha's business partner and not husband. Prachi notices Disha in tears and calls up mom Pragya.

In tonight’s episode, Prachi calls Pragya and tells her about Disha’s condition. Pragya is surprised to hear about Disha crying and decides to call up Disha to find out. Sarita asks Pragya to go to the party and meet Disha as well as collect her award. Pragya decides to stay with Sarita and call up Disha instead of going for the party.

Prachi feels uneasy at the party and goes to the terrace. There she finds Ranbir drinking a beer by himself. Prachi tries to tells Ranbir to stop drinking. Ranbir tries to explain himself but ends up spilling the beer on his suit. Prachi helps Ranbir get the alcohol stains off his suit. Ranbir is touched seeing Prachi taking care of him.

Purab meets Abhi and tells him about what happened between Disha and Aliya. Purab says he thinks Disha hates him. Abhi says that Disha doesn’t hate Purab. He asks him to let time sort out their problems. Disha goes into a room and leaves her phone outside. Aliya follows Disha into the room.

When she enters Disha is wiping her tears in the washroom. Pragya calls up Disha’s number and Aliya sees the call. She thinks Pragya and Disha are planning to come back in the Mehra family. When Disha comes out Aliya warns her to stay away from her husband. Disha says she has no interest in Aliya’s husband.

Rhea notices Dimpy blushing. She asks Dimpy to tell her the guy she likes. Dimpy says she likes Rhea’s cousin, Aryan. Rhea tells Dimpy that she is too low class to be with Aryan. Ranbir tells Rhea that he can’t make Prachi fall in love with him and break her heart. Will Rhea force Ranbir to break Prachi’s heart? Stay tuned to find out.