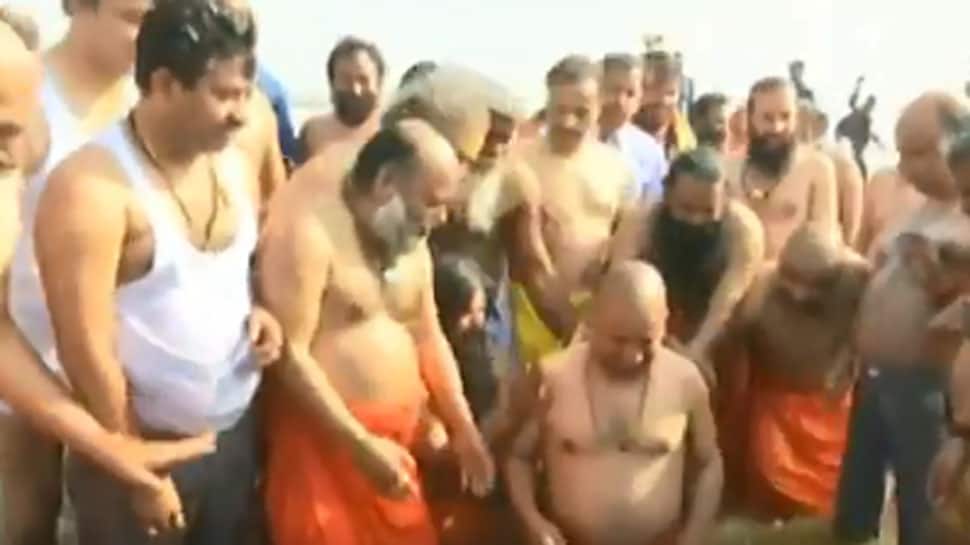 Lucknow: Uttar Pradesh Chief Minister Yogi Adityanath, accompanied by a host of other leaders, on Tuesday took the holy dip during the ongoing Kumbh Mela at Prayagraj. Dressed in his regular saffron 'dhoti', the Chief Minister, in a video, is seen taking the dip while being surrounded by the leaders.

The UP cabinet met at Prayagraj in the backdrop of Kumbh Mela. For more than five decades, the UP cabinet has been meeting in Lucknow. The last time the state cabinet meeting took place outside Lucknow was in 1962. The then Govind Ballabh Pant-led Congress government met in Nainital, now in Uttarakhand.

The 49-day long grand event is held in the month of Magh of Hindu calendar. It has begun on January 15 and will end on March 4. At Prayagraj, Kumbh Mela is held at every six years and Maha Kumbh at every 12 years.

The Kumbh Mela is the largest human congregation in the world, with millions of pilgrims expected to participate in the festival with the belief that taking a dip in the holy water of Ganges River will pave the way for their salvation and would rid them of their sins.