The images were first posted on Facebook by GG Wildlife Rescue and have now gone viral. 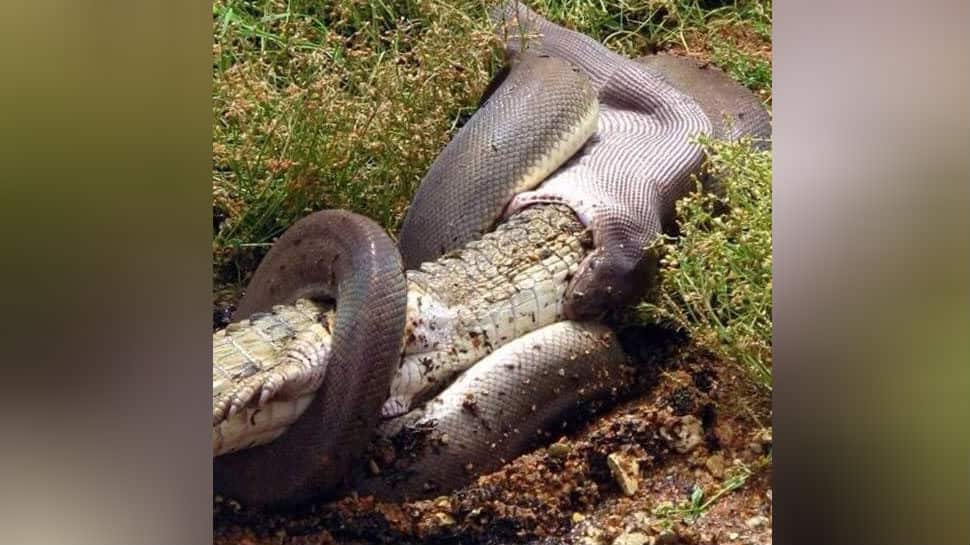 In a grisly incident, a photographer has managed to capture images of an olive python swallowing down an Australian freshwater crocodile after both got engaged in a fight.

Pythons are well-known for their love for food and they have been found with the remains of many things, including deer, impalas, porcupines and other animals inside their stomach. Experts, however, maintain that some python species may attack humans but changes of this happening is very rare.

Pythons, however, never mind getting into a fight with crocodiles and alligators. In 2005, a Burmese python had died after it swallowed an American alligator. The incident happened at Everglades National Park in Florida, US. Burmese pythons can grow up to a length of 18.8 feet and are an invasive species in Florida.

The olive python is native to Australia and is not found in any other part of the world. These pythons can grow to up to 13 feet (4 m) long and they often get into a fight with Australian freshwater crocodiles.

It is to be noted that pythons have got the ability to perform amazing feats of swallowing due to the elasticity of their jaws. The lower jawbones of pythons are divided into two parts and are connected by an elastic ligament, which gives the elasticity to the jaws of these reptiles.

The genetic adaptations also allow the pythons to digest huge meals all at once. In 2013, Proceedings of the National Academy of Sciences had published research which said that Burmese pythons alter their metabolism at a rapid rate after swallowing their prey and they are also capable of increasing the size of their internal organs to digest the food.