West Bengal BJP president and parliamentarian Dilip Ghosh on Thursday said that he will not follow lockdown and dared Chief Minister Mamata Banerjee to do whatever she can. 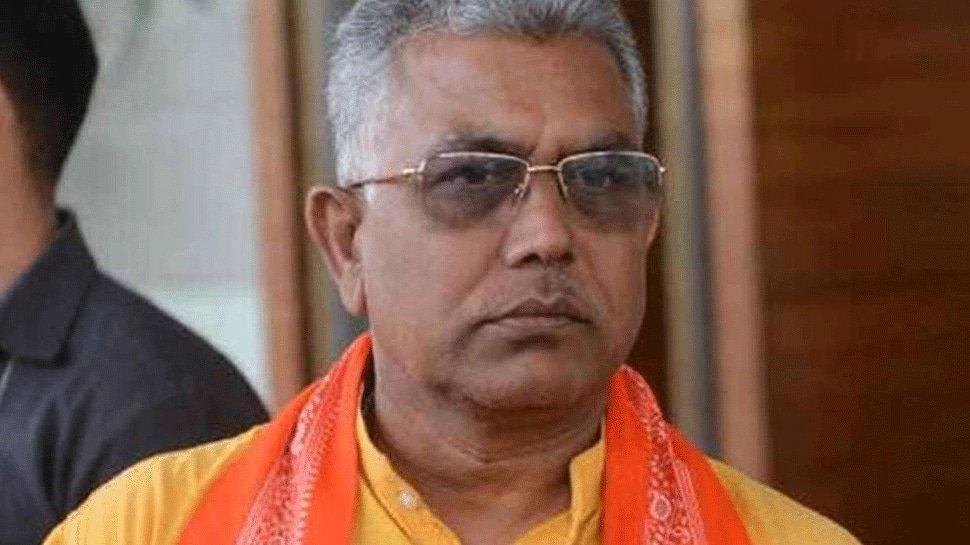 Kolkata: West Bengal BJP president and parliamentarian Dilip Ghosh on Thursday said that he will not follow coronavirus lockdown imposed in the state and dared Chief Minister Mamata Banerjee to do whatever she can.

The West Bengal BJP leader also accused the Trinamool Congress government of deliberately stopping the BJP leaders and workers from helping the Cyclone Amphan-hit people of the state.

Ghosh alleged that the ruling party is deliberating using the police force to stop BJP workers from carrying out the relief work and help those affected by the devastating Cyclone that recently ravaged the state.

Challenging the Mamata government, Ghosh said that whenever he along with his party workers try to distribute relief material to people in Cyclone-hit areas, they are denied permission from the police. He threatened that the BJP workers will now take to streets and clash with police and warned of dire consequences.

Ghosh alleged that the Chief Minister herself, ruling party leaders and ministers continue to tour various parts of the state and meet people and no one stops them but whenever opposition party leaders step out of their house to help people they are stopped from meeting the Cyclone-affected people and carry out relief work.

It may be recalled that Ghosh was recently stopped by the police from visiting cyclone-affected areas in West Bengal’s South 24 Parganas district, triggering a war of words between the saffron party and the ruling TMC.

Ghosh was on his way to Canning and Basanti, two of the several areas of the district affected by cyclone Amphan, to distribute relief materials. His car was allegedly stopped by the police at the Dhalai bridge near Garia area of the district.

In a tweet, Ghosh said that he was barred from going to Cyclone-hit areas of Canning and Gosaba. Ghosh threatened to stage a sit-in protest if he was not allowed to go to the affected areas. Meanwhile, the police said that Ghosh didn’t have any permission to move in that area according to lockdown and disaster management rules.

It may be noted that Prime Minister Narendra Modi had announced advance assistance of Rs 1,000 crore for the cyclone-hit state and an ex-gratia of Rs 2 lakh to the families of each of those killed and Rs 50,000 for the injured.

Kolkata's College Street, one of the largest book markets in India, ravaged by cyclone Amphan reopens