Chinese-controlled Hong Kong is on high alert to stamp out any activities that could embarrass Beijing and draw unwanted attention at a time when Xi will seek to project an image of national strength and unity under Communist Party rule. 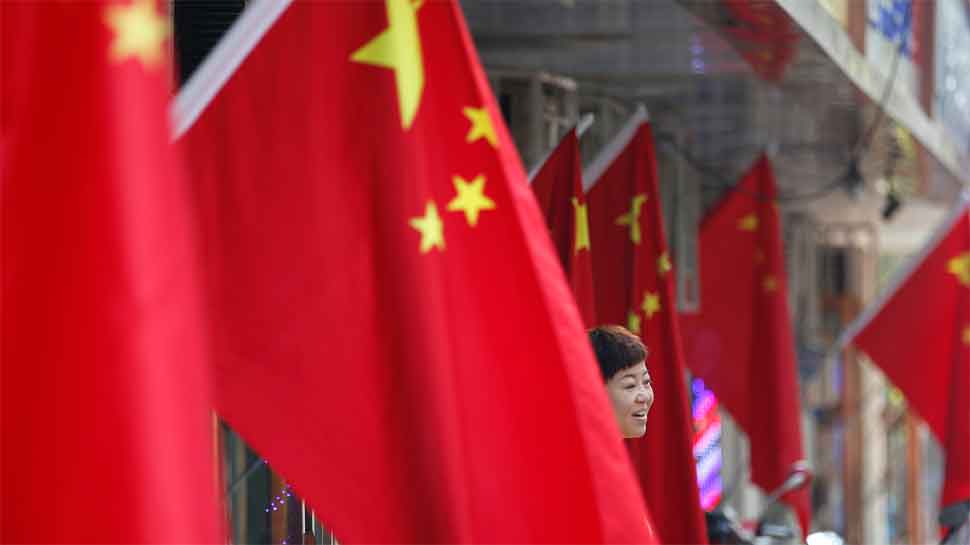 BEIJING/HONG KONG: As China prepares to mark the 70th anniversary of the People`s Republic on Oct 1, Beijing is on security lockdown ahead of celebrations headlined by President Xi Jinping that will be capped by a massive military parade down its main ceremonial thoroughfare.

About 2,000 km (1,200 miles) to the south in Hong Kong, festivities have been scaled back and the date looms with an air of foreboding in a city wracked by nearly four months of often-violent anti-government protests.

Chinese-controlled Hong Kong is on high alert to stamp out any activities that could embarrass Beijing and draw unwanted attention at a time when Xi will seek to project an image of national strength and unity under Communist Party rule.

Some protesters have said they plan to seize the holiday to propel their calls for greater democracy on to the international stage and embarrass Hong Kong`s political masters. Activists plan a mass rally from Victoria Park in the bustling Causeway Bay district to Chater Garden near government headquarters.

In a recent audio recording obtained by Reuters, Hong Kong leader Carrie Lam was heard saying at a closed-door meeting with business people that the government had made "special arrangements" for Oct. 1.

Hong Kong has already cancelled the annual Oct. 1 fireworks display over the city`s iconic Victoria Harbour, citing public safety concerns. In an arrangement similar to that on July 1 for the anniversary of the city`s handover from Britain to China – when protesters ransacked the legislature - guests attending the traditional flag-raising ceremony have been told they will be moved indoors.

The change is "to ensure that the flag-raising ceremony can be carried out in a solemn and orderly manner," the city`s Home Affairs Department told Reuters.

There is far less uncertainty around the holiday in Beijing, where security that is tight in ordinary times has been intensified ahead of Oct 1. On recent weekends in the Chinese capital, spruced up with red flags and bright landscaping, shops in the city centre have been closed, curtains ordered shut and streets closed for rehearsals featuring military vehicles rumbling towards Tiananmen Square and fighter jets screaming across the sky.

"Can you just not have the rehearsals? The roads are closed and the noise has woken me up," one resident complained on the Chinese social media network Weibo. Beijing`s anniversary celebrations are expected to involve 100,000 people, fireworks, artistic and athletic performances and displays of cutting edge military hardware.

The actual parade will be off-limits to much of the public, who will only able to watch on TV. Images circulating on social media from the rehearsals showed what appeared to be a new spy drone. Defence analysts also speculate that the parade will feature the intercontinental Dongfeng-41 (DF-41) missile.

Some Virtual Private Networks (VPNs), which allow internet users to bypass China`s Great Firewall, have seen increasing disruption, some users say on social media, which is often the case ahead of sensitive dates. The Cyberspace Administration of China did not respond to a request for comment.

Many nightclubs in Beijing have issued notices that they will be shut down until early October, without giving explicit reasons. One club, One Third, said on its social media account that it will be closed temporarily due to an "upgrade."

"We have minimised disruptions to people, and minimised the burden on local government. We have tried to use the night-time, especially midnight to dawn for our activity," Tan Min, a senior military official in charge of the preparations, told a news conference on Tuesday.

For many migrant workers, construction jobs have dried up as building projects come to a temporary halt, some of them said. One worker said he has lost up to 16,000 yuan ($2,258), or two months` income. "It`s the common people who suffer when the government wants to celebrate," he said.