A wooden sculpture of US first lady Melania Trump was torched near her hometown of Sevnica, Slovenia, on the night of July Fourth, as Americans celebrated US Independence Day, said the artist who commissioned the sculpture. 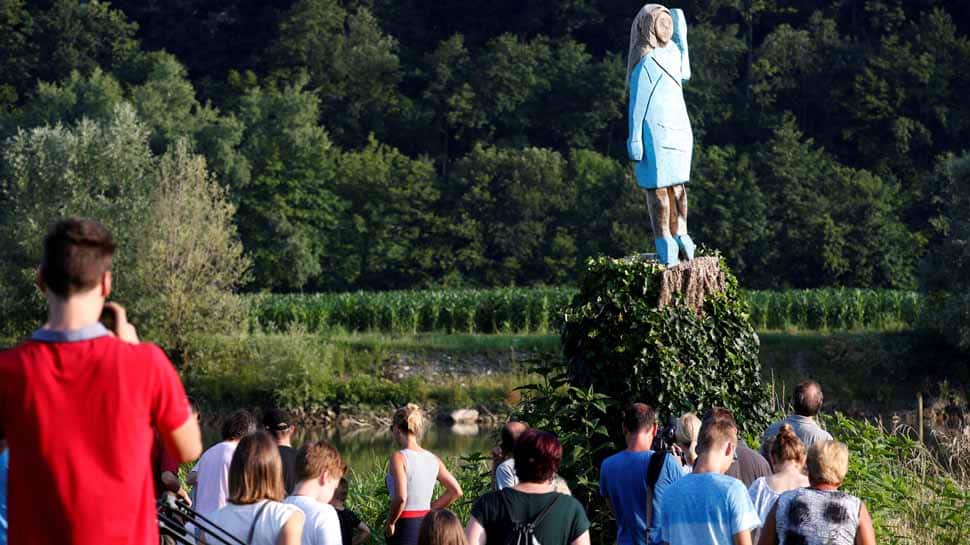 ROZNO: A wooden sculpture of US first lady Melania Trump was torched near her hometown of Sevnica, Slovenia, on the night of July Fourth, as Americans celebrated US Independence Day, said the artist who commissioned the sculpture.

Brad Downey, a Berlin-based American artist, told Reuters he had the life-sized blackened, disfigured sculpture removed as soon as police informed him on July 5th of the incident.

"I want to know why they did it," said Downey, who had hoped the statue would foster a dialogue about the political situation in the United States, highlighting Melania Trump`s status as an immigrant married to a president sworn to reduce immigration.

In Washington, the office of Melania Trump did not immediately respond to a request for comment.

In recent weeks, President Donald Trump has pledged to take a hard line on anyone destroying or vandalising US historical monuments, as political activism against racial injustice has swept across the country.

Downey, 39, said he had filed a police report and would like to interview the culprits, if found, for a film he is preparing ahead of his exhibition due to open in Slovenia in September.

"The investigation in this case has not been completed yet so we cannot reveal details due to the interest of further procedures," police spokeswoman Alenka Drenik told Reuters.

Although the statue’s face was rough-hewn and unrecognizable prior to the fire, the figure was painted with a pale blue wraparound coat resembling the one Melania Trump wore at the swearing in of her husband US President Donald Trump.

The figure was carved with a chainsaw by local folk artist Ales Zupevc from the trunk of a living linden tree.

In January, a large wooden statue resembling Donald Trump, designed by a local artist last year, was burnt in Slovenia`s city of Moravce, east of the capital Ljubljana.