JMM leader Hemant Soren will have to face some serious challenges after taking oath as the chief minister of Jharkhand. 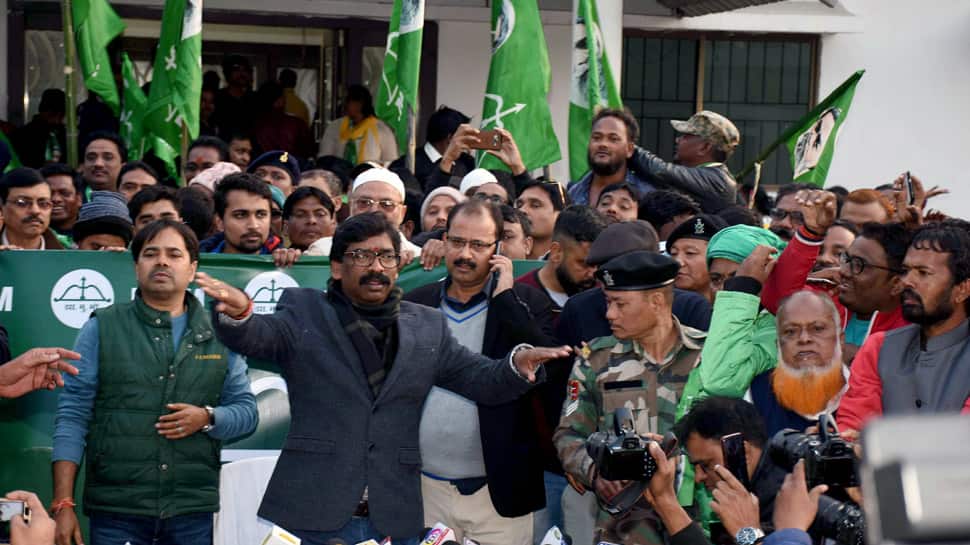 The crushing defeat of Bharatiya Janata Party (BJP) in Jharkhand Assembly election means that Jharkhand Mukti Morcha (JMM) leader Hemant Shoren is set to become the new chief minister with support from coalition partners Congress and Rashtriya Janata Dal. But Hemant Soren will have to face some serious challenges after taking oath as the chief minister of Jharkhand. Here are the five challenges which the JMM leader will have to face after taking charge as the CM of Jharkhand:

Jharkhand government is currently under the debt of over Rs 85,000 crore. It is interesting to note that when Raghubar Das took charge as CM of the state in 2014 the total debt on state exchequer was Rs 37,000 crore but the debt kept on increasing during Das' regime. According to available data, the loans under CM Das-led government was more than the loans borrowed by all chief ministers of Jharkhand from 2000 till 2014. The first challenge for Hemant Soren will be to reduce the burden on state's exchequer. Besides this, the farmer of Jharkhand have debt of over Rs 6,000 crore and the new chief minister will have to take steps aimed at helping the farmers come out of the burden of debt.

Remove the tag of 'poor' state

Jharkhand has been called a 'poor' state since it bifurcation from Bihar in 2000. It is to be noted that around 36.96 percent population of Jharkhand is still living Below Poverty Line (BPL). Hemant Shoren will have to come up with new ideas in order to reduce the number of BPL population and help Jharkhand shed the tag of a 'poor' state.

Though the security forces have succeeded in wiping out naxalism from majority of the districts in Jharkhand but 13 districts of the state are still affected by naxalism. These districts are Khunti, Latehar, Ranchi, Gumla, Giridih, Palamau, Gardhwa, Simdega, Dumka, Lohardagga, Bokaro and Chatra. It will be a challenge for incoming CM Hemant Shoren to make these districts free from naxalism.

'Jinx' on Jharkhand CM's post remains unbroken in 2019 too