The much awaited SP2i is based on the KIA SP Concept was first showcased at the 2018 Auto Expo.

New Delhi: Kia Motors India has begun their production trials for their much awaited SUV SP2i. The start of the trial production was done in the presence of Andhra Pradesh Chief Minister N. Chandrababu Naidu & Shin Bongkil, Ambassador of Republic Of Korea to India.

The much awaited SP2i is based on the KIA SP Concept was first showcased at the 2018 Auto Expo. The SP2i will be offered both in Diesel and Petrol variant and according to the management of the company it is well compliant with the latest emission norms.

Speaking exclusively to Zee Business, Manohar Bhatt, who is the head of sales and marketing of KIA Motors India (KMI) said 'We expect the commercial production to begin in June-July and the first KIA Vehicle will hit the Indian roads around August or September.' 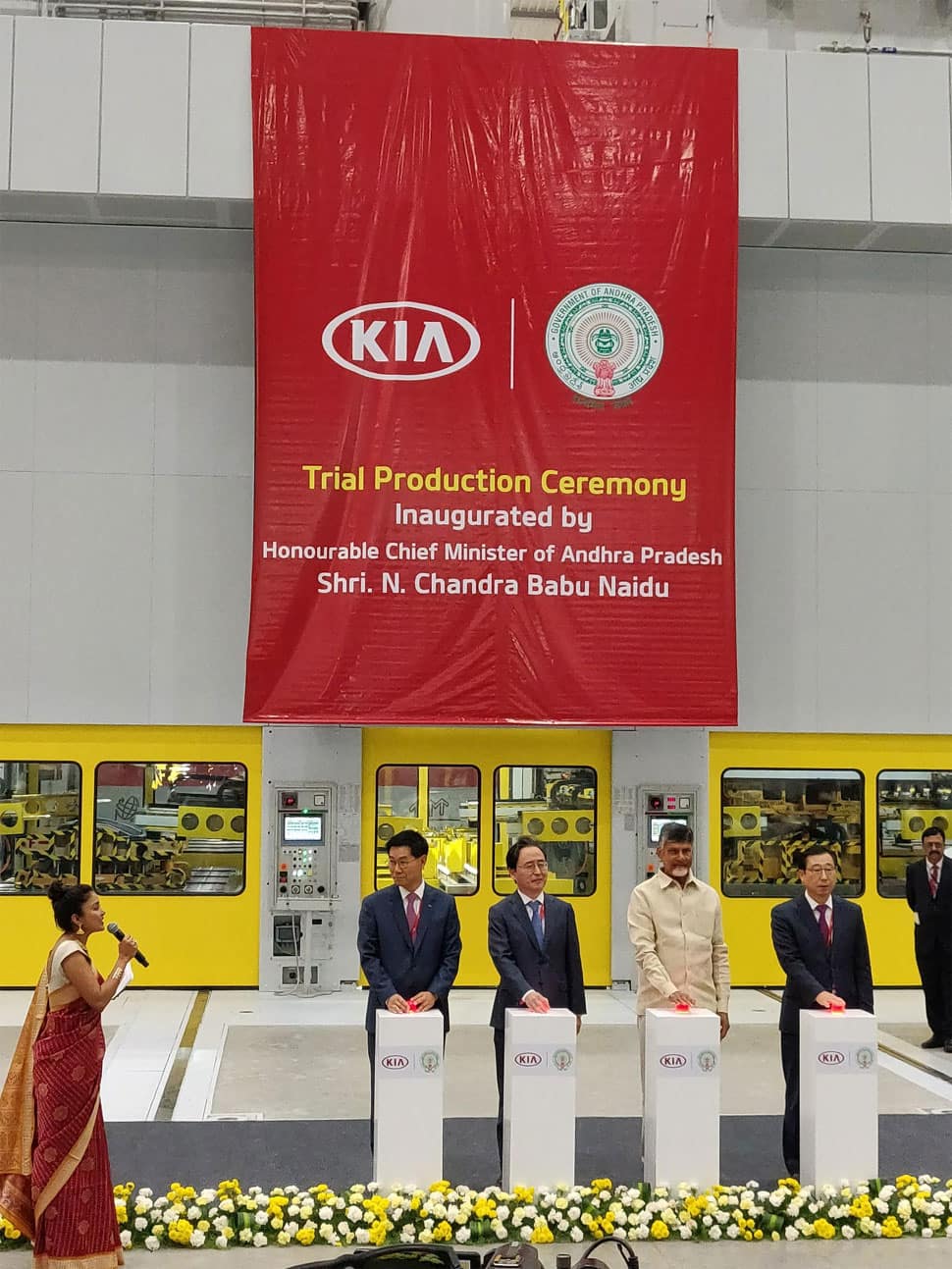 KIA Motors is entering the Indian market at a time when there is increased competition from both Indian as well as from foreign companies. KMI will face tough competition from its sister company Hyundai's Creta. Apart from Hyundai, KMI will also have to face some heat from Tata Motors latest offering Harrier, as well as Nissan's newly launched Kicks. On being asked about the competition, Mr. Bhatt said, 'KIA is globally known for its quality, technology and innovation. Hence we expect to get same reviews from the Indian customers as well. SP2i has been especially designed by keeping India in mind. The car will be priced between Rs 9 Lks to Rs 16 Lks.'

The Anantapur plant is located in Andhra Pradesh and is spread across 536 acres and has a production capacity of 300,000 vehicles annually. The plant's construction was completed well ahead of schedule. This is KIA's 15th plant Globally and will cater to 90% domestic demand and 10% demand from neighbouring countries.