The Olympics badminton silver medallist took charge in the state secretariat at Gollapudi. 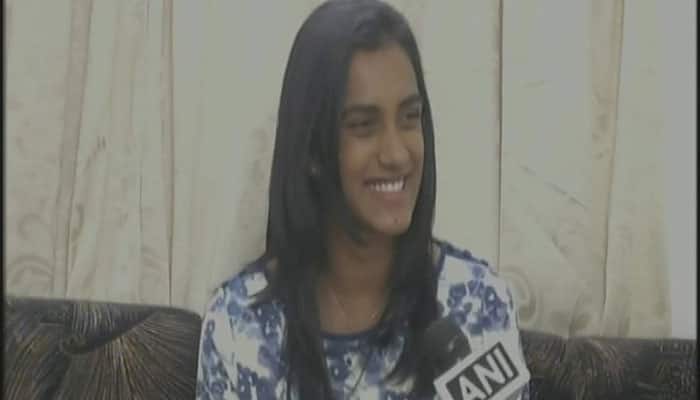 Sindhu, who was handed over the letter of appointment on July 27, marked her presence in the office today as she reported to the Chief Commissioner of Land Administration Anil Chandra Punetha here and assumed her new role as a Group-1 service officer.

The Olympics badminton silver medallist took charge in the state secretariat at Gollapudi.

Accompanied by her parents, she reached the office of Chief Commissioner of Land Administration (CCLA) and assumed the charge.

She reported to CCLA Chief Commissioner Anil Chandra Punetha and later signed the relevant documents to formally join the service.

"My focus will be on the sport only," she had said on the day she was handed over the appointment order.

The state government had asked Sindhu to join duty as the Deputy Collector within 30 days.

In May, the state legislature had passed a Bill amending the State Public Services Act to appoint Sindhu as a Group-I officer in the government.

As any recruitment in public services has to be only through the State Public Service Commission, selection committee or employment exchange, the government had to amend the Andhra Pradesh (Regulation of Appointments to Public Services and Rationalisation of Staff Pattern and Pay Structure) Act, 1994.

Following her success in the Olympics last year, Naidu had announced a cash reward of Rs 3 crore, a residential plot in Amaravati and Group-I officer`s job to Sindhu.

As she was born in Hyderabad and had been living in the city, the Telangana government also presented a cash reward of Rs 5 crore and a residential plot.

Although Telangana had also offered her a job, Sindhu accepted the offer of Andhra Pradesh, the native state of her parents.

Two-time bronze medallist P V Sindhu is presently preparing for World Championship starting in Glasgow, Scotland from August 21. There she will open her campaign against either Korea's Kim Hyo Min or Egypt's Hadia Hosny in the second round and is likely to meet China's Sun Yu for a place at the quarterfinals.