Kirti Azad has come under attack for saying that Congress workers looted booths for his father. 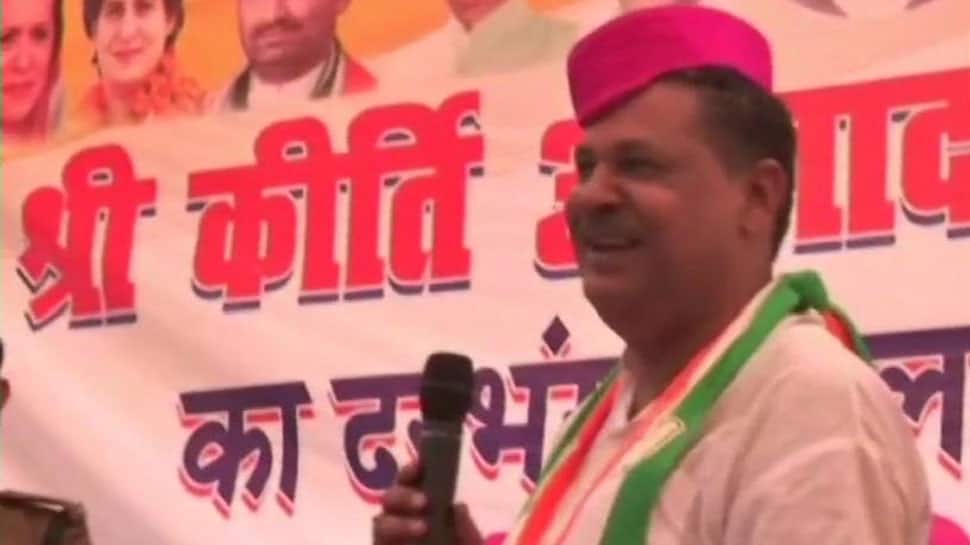 Patna: Cricketer-turned-politician Kirti Azad had triggered a controversy by claiming that Congress workers used to loot booths for his late father.

''In those days booths were looted, Congress workers used to loot polling booths for Nagendra ji (former Congress leader). Booths were looted for my father as well and in 1999, for me also,'' Azad had said in Bihar's Darbhanga.

Azad made these remarks a day after he was inducted into the Congress party by Rahul Gandhi at New Delhi.

Taking a swipe at the ruling BJP, Azad further said, ''EVMs had not been introduced then.''

Kirti Azad in Darbhanga, Bihar: In those days booths were looted, Congress workers used to loot polling booths for Nagendra ji(former Congress leader). Booths were looted for my father as well and In 1999, for me also, EVMs had not been introduced then. (19.2.19) pic.twitter.com/aaOhOb3h3H

It may be recalled that his father Bhagwat Jha Azad was a member of the Indira Gandhi cabinet and had served as the Chief Minister of Bihar in the 1980s.

A two-term MP from Darbhanga, Azad who had been associated with the BJP for over a decade was suspended from the party in 2015 after he made accusations against Union Finance Minister Arun Jaitley in connection with alleged irregularities in the Delhi Cricket Association during the period it was headed by the latter.

Hitting back at Azad, the BJP said,'' He has admitted that booth capturing is a part of the Congress culture. Never were such electoral practices resorted to while he was with us.''

The former Test cricketer, however, issued a clarification saying, ''I never meant to say that booths were captured for my father. When I uttered booth looted, I was referring to the dedication with which party workers used to manage booths for my father. I was trying to express how I felt at home in the Congress despite having joined the party only a couple of days ago.''

When asked to comment, Congress MLC Prem Chandra Mishra said it is obviously a slip of the tongue.

''Nobody can say that Congress captured booths. Had we resorted to such means we would have never lost power,'' he added.