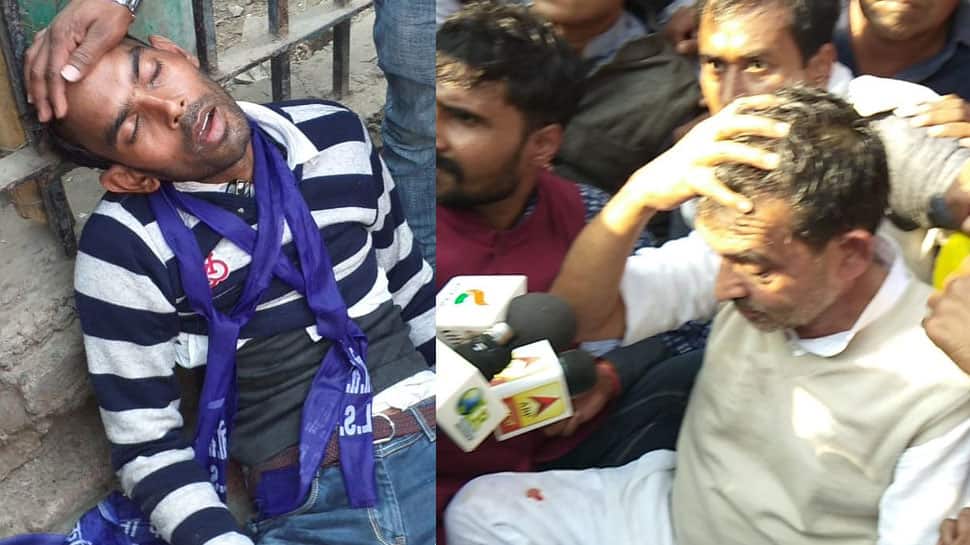 RLSP chief Upendra Kushwaha was also present during the rally and was also injured in the lathi-charge by the Bihar Police.

Kushwaha's party also shared pictures of those injured during the lathi-charge by police, on its Twiter handle.

Speaking to reporters, Kushwaha said that he and his colleagues were leading the rally peacefully when they were lathi-charged by the police during which several party workers were injured.

RLSP national general secretary Madhaw Anand too alleged that Kushwaha was also attacked by the cops while his supporters were taking him out from the venue.

Kushwaha was rushed to a nearby private hospital where he is undergoing treatment for the injuries.

It may be recalled that RLSP had called the Jan Akrosh Rally to highlight the collapse of school and higher education system in the state.

Addressing the gathering RLSP chief Kushwaha said under Nitish Kumar’s JD(U) and under 15 years of RJD rule the education system of the state has completely collapsed.

The RLSP rally was heading towards Raj Bhawan from the Gandhi Maidan to submit a memorandum to state's Governor demanding action for improving the educational system.

The decision was taken after RLSP failed to get any representation in the seat-sharing deal between the BJP and JD(U) ahead of the Lok Sabha elections in Bihar.