The Shah Rukh Khan controversy: Did the media go overboard? 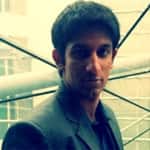 Journalism is a lot like life: it changes constantly and can prove to be a great leveller. A month ago I was proud of what journalism was doing to push forth the Delhi gang-rape case, covering the protests intensively and fighting for a strong social cause. Exactly a month after the rape victim passed away, journalism looks like it has become jingoism with the Shah Rukh Khan controversy.

In what can be described as some utterly shoddy journalism, the lead story on Tuesday the 29th was a half-baked story on what SRK wrote in a feature titled ‘Being a Khan’ on the latest ‘Outlook’ issue. The piece is about his experiences and feelings, being a Muslim post the 9/11 attacks.

Somehow, what is essentially a very good, heartfelt article about how surnames shouldn’t matter and how one’s religion is something personal and has nothing to do with anything, the piece was projected as a complaint against the way things are in India.

He was turned into this brash superstar who had just ungratefully mouthed off an entire nation of loving fans and inexcusably claimed to be a victim in spite of his fame and position in the Indian society. He was made to be an arrogant brat who’d played the Muslim card insensitively, sparking off a cross-border volley of words. He was portrayed as the vile, villainous, videshi Khan who had betrayed his nation, in an eerie similarity to the role he played in ‘Chak De India’.

And it all started with one twisted little work by a journalist who must’ve gone through the piece and needled out some apparently inflammatory portions:

“I sometimes become the inadvertent object of political leaders who choose to make me a symbol of all that they think is wrong and unpatriotic about Muslims in India. There have been occasions when I have been accused of bearing allegiance to our neighboring nation rather than my own country – this even though I am an Indian whose father fought for the freedom of India. Rallies have been held where leaders have exhorted me to leave my home and return to what they refer to as my “original homeland”.

“I gave my son and daughter names that could pass for generic (pan-Indian and pan-religious) ones: Aryan and Suhana. The Khan has been bequeathed by me so they can’t really escape it. I pronounce it from my epiglottis when asked by Muslims and throw the Aryan as evidence of their race when non-Muslims enquire.”

Some said the quotes were from an interview to a foreign publication. Others followed suit, clamouring up a right furore about these two quotes, placed disastrously out of context.

First up, the “quotes” were a part of an article that Shah Rukh Khan wrote. And it wasn’t some mysterious foreign publication, but Outlook. That already begins putting things in perspective. The article, moreover, was out last week in Outlook Turning Point’s latest special edition.

The criticism fired at the bewildered actor was that he’d betrayed the nation and the fans that loved him. One journalist went so far as to say that the King Khan was biting the “hand that fed him”, expounding self-indulgently on how SRK was playing victim in a country where fans adored him, unreasonably so.

Others were less harsh but toed a similar line. The news space was filled with verbal volleys from either side of the border, following the frenzy that our journalists had unwittingly started. Hafiz Saeed was way out of line, but he just piled on to the trash that others had already placed for him to take aim. And then all hell broke loose.

Politicians were involved and media persons who hadn’t even read the piece were droning on about how irresponsible Shah Rukh had been with these comments, repeatedly informing the public that he’d made these two quotes, before trying to force a farcical debate with a panel of politicians, who were themselves misinformed.

Shah Rukh was obviously hurt by all this. But the real hurt was caused to journalism and its credibility. Any half intelligent person would take a step back and look at the events and see the ridiculous flaws in the reportage:

Some journalist picked up 2 little quotes in a cunningly mischievous way, feeding it to the rest of the media. The magazine, having released a week back, was available for anyone to pick up, but most journalists thought the 2-3 quotes were enough to crucify a man. Who cares why he’s written it and what’s the whole thing, when you can earn oodles of hits by putting SRK’s name beside a controversy?

What next? Let’s take Hafiz Saeed’s quote and stress on the fact that the King Khan isn’t responding to it. How can he say India’s an unsafe place? How dare he? (Incidentally, he never says he didn’t feel safe in India. Quite the contrary! But that’s for later). Let’s now get a group of panelists and hold a debate, write slamming articles on the man; after all he’s had his controversies last year too. Let’s jump the gun to be the first to report it. Let’s get to the top of the hits, or get the best viewership. What, read the article? Bah, who has time for that!

In today’s fast-paced world of journalism, we’re swiftly turning from an information providing source to a gossip-fuelling garbage can. And what irks me most is that the article, when read in its entirety, is actually very beautiful. Let’s first put the quotes in context, establishing that even if only these two quotes were taken, they don’t say he doesn’t feel safe in India or that he feels like a victim in India because he’s a Khan.

“Sometimes, they (his children) ask me what religion they belong to and, like a good Hindi movie hero, I roll my eyes up to the sky and declare philosophically, “You are an Indian first and your religion is humanity”, or sing them an old Hindi film ditty, “Tu Hindu banega na Musalmaan banega – insaan ki aulaad hai insaan banega” set to Gangnam Style.”

Such deep insensitivity, eh? Such an unpatriotic bigot! Let us secular people show this man what it means to be an Indian. #Sarcasm

“The living of my life has enabled me to be deeply touched by the love of millions of Indians. I have felt this love for the last 20 years regardless of the fact that my community is a minority within the population of India.”

So he’s taken his fans for granted? Acted victimised? Been an arrogant douche bag who doesn’t value what he’s got? Go on, tell me another!

“I believe that I have been blessed with the opportunity to experience the magnitude of such a love, but I also know that its scale is irrelevant. In our own small ways, simply as human beings, we can appreciate each other for how touch our lives and not how our different religions or last names define us.”

No, no, let’s send him to Pakistan, as some have suggested on social media, reacting as philistinely as can be. In Shah Rukh Khan’s own words, in his sadly necessary rebuttal, I urge you “to read the whole piece”.

But the King Khan, in his rightfully justifiable angry retort, had to add that he feels safe in India. He had to request the gathered, story-hungry media “not to sensationalise and trivialise important national matters and religions.” He had to say that he was proud to be an Indian.

Ironically, even the angst of a man, who has been a victim of some miserably shoddy journalism, aired on the news screens will only garner more TRPs and attract more eyeballs. Such is the nature of journalism.

A whole day of being as the lead story for no reason other than lazy armchair journalistic practises would definitely have hurt Shah Rukh, especially given the beautiful message he was trying to put forward through that very article. But what have suffered as well is journalism practices.

The first thing I was taught when learning journalism was to find out the whole story and cross check my sources, basics that I hold dear every time I write an exclusive. The jingoism, the sensationalization and hyping up are all poor practices but could somewhere be justified. But what can’t be excused is laziness to base a story on solid facts before launching an unprovoked attack on an entertainer who has written something rather sensitive.

I sincerely hope that all the news channels that went along with this fraudulent piece of news, mal-researched and blown out of proportion, read the entire article SRK has written before getting in to work tomorrow and put in an apology of equal prominence on their pages or screens. It’s not only Shah Rukh we need to apologise to, but also to the billion-odd avid news followers who expect something better than absolute drivel and utter balderdash delivered to them under the guise of a news story.

Instead of swiftly jumping on the bandwagon to criticise every little ‘erm’ uttered by someone, let’s open our hearts a little to leave some space for humanity and love. Let me leave you with words from Shah Rukh’s article: “It doesn`t take a superstar to be able to give love, it just takes a heart and as far as I know, there isn`t a force on this earth that can deprive anyone of theirs.”