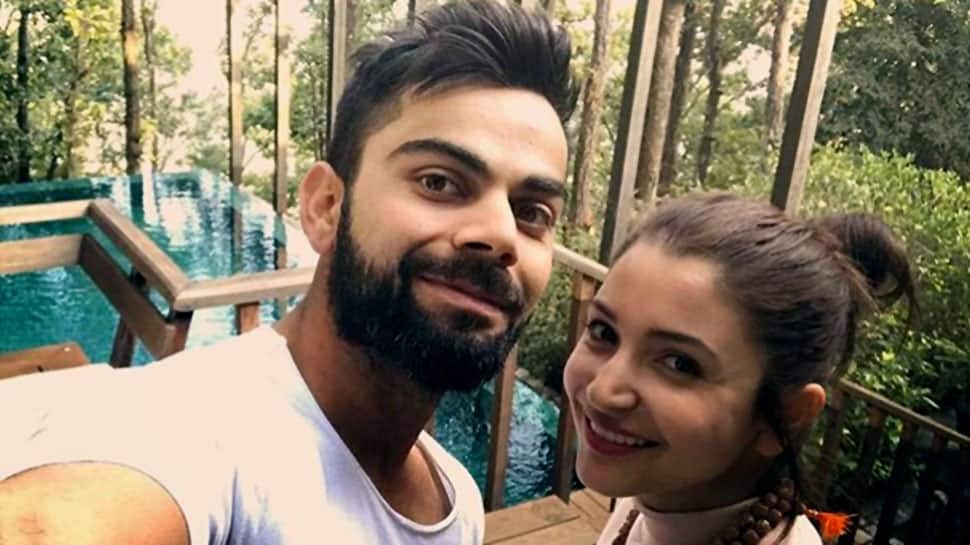 So are Virat Kohli and Anushka Sharma finally making it official in far-away Italy? According to information coming in from the film industry, the wedding of the year is a reality and congratulations are in order.

Thus draws the curtain on yet another liaison between a cricketer and an actress.

It was Sharmila Tagore who set the ball rolling for the cricket-Bollywood nexus when she started dating the Nawab of Pataudi.

Recalling those days when such associations were strictly frowned upon Sharmila said to me, "During those days when I was dating Pataudi girlfriends and wives were not allowed to accompany cricketers and watch cricket matches. But I did go to England to watch him, though I couldn't go to watch him in Australia. On one or two occasions it was believed that I was somehow responsible for his poor performance.

"It is widely believed that if you are an actor or a cricketer from a privileged background then you're pampered spoilt and an attention seeker .So it was believed that I'd say things like. 'Oh if you're playing tomorrow let's go out today.' As if it was all about me and not the game of cricket. As if I didn't understand the gravity of the game. These are perceptions. One shouldn't allow them to ruin your happiness. If one wants to go watch someone close to oneself play, then one should do so."

Sharmila says things are different for Anushka and Virat. "When I was seeing Pat there was no social media, no Twitter to condemn you. I think I had to face less hostility. Now you've people threatening to stone one's home. That's very wrong. This is the problem.

"There is a flip side to every fan. They love you and they hate you. I am not choosing the fans. They are choosing me. One day they say good things about me. The next day they start picking on you for the very things they loved you for. But in the long run it all evens out. Once you enter retirement they only remember good things about you."

Recalling her association with cricket, Sharmila says, "My affinity to the game didn't start with Pataudi. My parents in Kolkata were very keen on cricket. They wouldn't miss a single match. Because of them I got interested in cricket. Was cricket a common factor between me and Pataudi? I don't think so. But he liked the fact that I loved the game. Because I wouldn't get bored with the game."

She remembered her husband being away playing cricket abroad for six months at a stretch with no direct means of communication. "It was very difficult to keep in touch. All calls had to be booked by landlines. The call would come through at 1 am in the morning or whatever the time where he was. And this would be in a hotel. So there was no phone in the room in those days. I often ended up talking more to the telephone operators. When we got married all the telephone operators sent us congratulatory messages."

Congratulatory messages for Virat Kohli and Anushka Sharma are yet to start pouring in. If the wedding actually happens it would be one more alliance between cricket and cinema after Yuvraj Singh-Hazel Keech, Harbhajan Singh-Geeta Basra and Zaheer Khan-Sagarika Ghatke.

Cricket and cinema make not-so-strange bedfellows. And, for every Azharuddin whose love story with Sangeeta Bijalani ended badly, there is the happily-ever-after association between Pataudi and Sharmila and between Vivian Richards and Neena Gupta. Richards and Gupta never married. But they remain friends to this day, and proud parents to Masaba Richard-Gupta.


(Disclaimer: The opinions expressed above are the personal views of the author and do not reflect the views of ZMCL.)