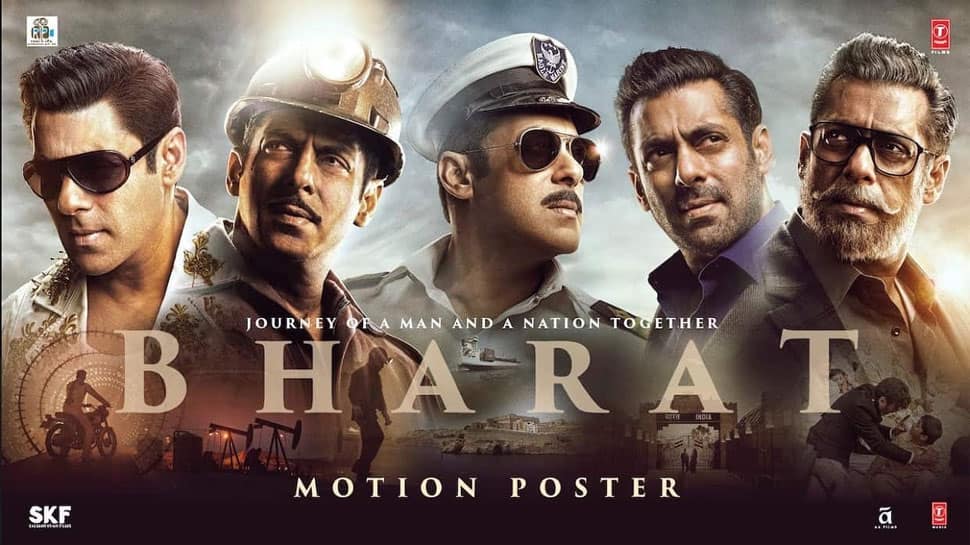 Salman Khan in and as 'Bharat' grows through the narrative which begins with partition and its repercussions on the people of the country. How a line between Hindustan and Pakistan had its impact upon the common man and his familial ties. Ali Abbas Zafar's 'Bharat' is a window to your past which will give you a ticket to revisit history in three hours.

The tragedy of partition hits a young Salman aka Bharat while playing with his friend at the railway station. He rushes to inform his father—Jackie Shroff, a station master, who in turn tries to pacify him and teaches him about the strength of a united nation.

However, it lasts only a dialogue as soon we are shown how ruthlessly innocent lives were killed in the name of religion. Jackie aka Bauji realises it's too late for the situation to normalise. He rushes to board the last train from Mirpur in Pakistan to New Delhi refugee camp in India along with his family but somehow in the huge crowd of migrants, his daughter Gudiya is left behind.

Bauji loads young Bharat with the responsibility of playing the guardian of his mother and siblings in his absence. He promises to be back with Gudiya and that's what stays with the young Bharat forever.

The whole premise of the 'Bharat', the film is built on this one promise which a father makes to his son. Salman as Bharat tries to keep his family together in all times of crises. They move to their aunt (Bua's house) and manage her store.

In between all of this, Salman finds his best friend in Sunil Grover aka Vilayati, who stays with him throughout his tumultuous journey in the movie. Sunil as Vilayati is your best buddy who will risk his own life to save you from crises. Amid his search and belief of his father's return, Bharat meets Madame Sir (Katrina Kaif), who plays Kumud Raina with much conviction.

They meet, he tries hard to impress her and they fall in love. But, marriage? Remember, he's Salman Khan. So, even at 70, marriage looks a distant dream for him.

'Bharat' has many high moments which will keep you hooked. The film is based on 2014 South Korean drama 'Ode To My Father' by Yoon-Je-Kyoon which was widely appreciated in the country for invoking emotions and touching the right chords.

Ali has tried his best to incorporate the same in 'Bharat' while adapting the plot to the Indian context. He has kept the essence of the plot intact.

Salman's look from a 20-year-old to a 70-year-old man trying to live a full life with his family which has now grown with several kids calling him mama dadu cuts a perfect picture for the family entertainer.

But mind you, he's Salman, so he can kick, punch and do the unthinkable at 70.

'Bhabiji Ghar Par Hai' actor Aasif Sheikh fits in his super comic style and his timing is just perfect. Although we wish he got a little more screen time. Veteran actor Satish Kaushik is seen in a  cameo yet he manages to tickle the funny bones like a pro. Sizzling beauty Disha Patani finds a small role and makes the most of it.

The music by Vishal-Shekhar is soothing but only a few tracks like 'Slow Motion', 'Chashni', 'Zinda' and 'Aithey Aa' are your takeaways from the album.

Did Bharat find his father and sister Gudiya at the end? To know that, book your tickets asap.

All in all, Salman Khan's 'Bharat' is a perfect Eidi for fans this Eid!