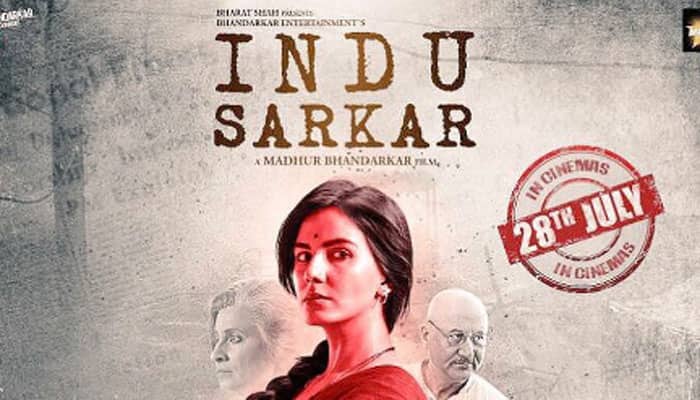 Thane: A large number of protesting Congress workers on Friday stalled the matinee show of Madhur Bhandarkar's latest release "Indu Sarkar" at a multiplex in Thane.
The activists, led by Thane district president Manoj Shinde, barged inside the INOX Cinema in Korum Mall and raised slogans condemning the film and Madhur Bhandarkar.

The belligerent activists even attempted to climb on the stage near the screen shouting slogans also against the Bharatiya Janata Party government in Maharashtra and the Centre.

"This is a deliberate attempt to malign the image of our former Prime Minister Indira Gandhi who contributed so much for the country. We will not allow the film to be screened," Sushilkumar Shinde told mediapersons later.

They targeted Madhur Bhandarkar saying they were disgusted that though he is a Maharashtrian, he chose to make this film. They also warned of dire consequences if the theatre management continued the show. The theatre then decided to cancel the show and refunded the ticket amount to the patrons.

Earlier this month, Congress' Leader of Opposition in Maharashtra Radhakrishna Vikhe-Patil and Mumbai Congress President had sought Chief Minister Devendra Fadnavis' intervention to stop the film's release. They had warned that if the film was found to be distorting historical facts aimed at maligning prominent Congress leaders, party activists would take to the streets.

The much-anticipated political drama was released after the Supreme Court granted its clearance on Thursday.

The film is set against the backdrop of the Emergency imposed during 1975-1977 and related aspects inspired by the main players of that era including Indira Gandhi and her son Sanjay Gandhi among others.