Yes, we agree that Ajay was the biggest star on-board. But, reasonable screentime was also given to Arshad, Kunal, Shreyas and Tusshar. Parineeti turned out to be a big disappointment. However, Tabu took lead and astonished the audience by overracting for the first time. 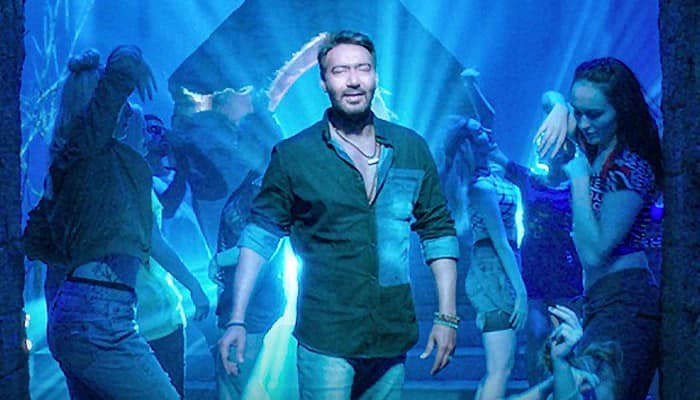 New Delhi: Hello readers, I just watched Bollywood actor Ajay Devgn's latest film Golmaal Again and, before reviewing the movie in detail, I would like to make it clear that the flick is the fourth installment of Rohit Shetty's hit franchise Golmaal which proudly boasts of lame humour and slapstick comedy. So, don’t expect even a minute amount of logic or reasoning out of it. Also, the previous editions of the series have proved that viewers can give the filmmaker a huge liberty to evade logic to keep the entertainment quotient high.

But, is Golmaal Again worthy enough to lighten your wallet? Well, let's find out!

Contrary to superstar Aamir Khan's Secret Superstar, which released on Thursday, Golmaal Again flaunts 'no logic' and 'only magic'. The horror-comedy revolves around five people Gopal (Ajay), Madhav (Arshad Warsi), Lucky (Tusshar Kapoor), Laxman Prasad (Shreyas Talpade) and Laxman (Kunal Khemu) who are brought together for a purpose which is formerly unknown to them. By joining forces, they realise that a bigger cause lies ahead.

The first-half of the movie takes a bit too long to establish all the characters. We admit, jokes are funny. But, the screenplay lacked consistency. Just before the climax, a major revelation is made and the story gets some direction. The script loses big time in the second-half too. With some unnecessary song and sequences, Golmaal Again proved to be a little long and tiring to sit through.

Now, let us come to the best part about the flick – its star cast. With an ensemble cast (including ace comedians such as: Johnny Lever, Mukesh Tiwari, Sanjay Mishra, Murali Sharma and Vrajesh Hirjee), Golmaal Again managed to hide all its shortcoming. From monologues to hilarious one-liners, the film has almost everything is store for comedy lovers. By taking along well-appreciated characters like Vasooli Bhai and Inspector Dande, Rohit made the most of the power of Golmaal franchise.

Yes, we agree that Ajay was the biggest star on-board. But, reasonable screentime was also given to Arshad, Kunal, Shreyas and Tusshar. Parineeti turned out to be a big disappointment. However, Tabu took lead and astonished the audience by overracting for the first time.

In the end, I would just like to say that Golmaal Again is loaded with a lot of LOL moments. If you promise to leave the brains at home, the movie can turn out to be a great entertainer for you. It is clean with no vulgarity or double-meaning lines. So, it is expected to attract a lot of family-audiences to the theatres this festive season.

Padmavati: There is nothing inappropriate in the film, say makers