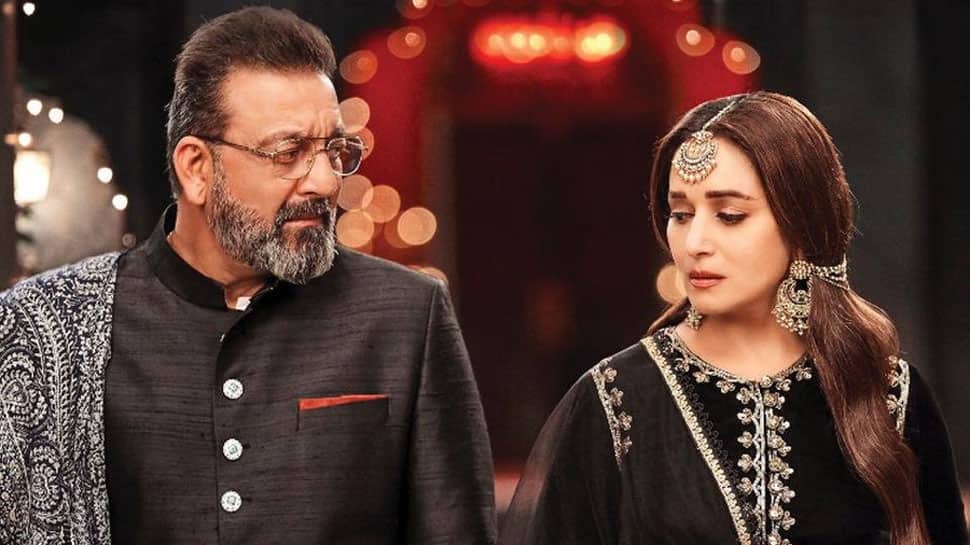 New Delhi: Karan Johar's 'Kalank' has been making headlines ever since its inception. The film was announced last year by K Jo and fans were thrilled to see Madhuri Dixit and Sanjay Dutt being cast together in a film after a gap of nearly 25 years.

The release date of the film inches closer and the excitement around it is palpable. The film's first song 'Ghar More Pardesiya' was unveiled a couple of days ago and its grandeur left everybody awestruck. The Kalank title track will be released tomorrow and we just can't wait for it!

Ahead of the title track release, K Jo, the producer of the film, took to Twitter and shared a brand new poster featuring Sanju Baba and Madhuri.

It is no secret that Sanjay and Madhuri were rumoured to be dating each other years ago. This is the reason that fans are eager to watch them together on-screen.

It has been helmed by '2 States' fame Abhishek Varman.