Kalank: These posters featuring Sanjay Dutt and Aditya Roy Kapoor will make you excited for the release!

Sanjay Dutt and Aditya Roy Kapoor's looks from 'Kalank' have been unveiled. 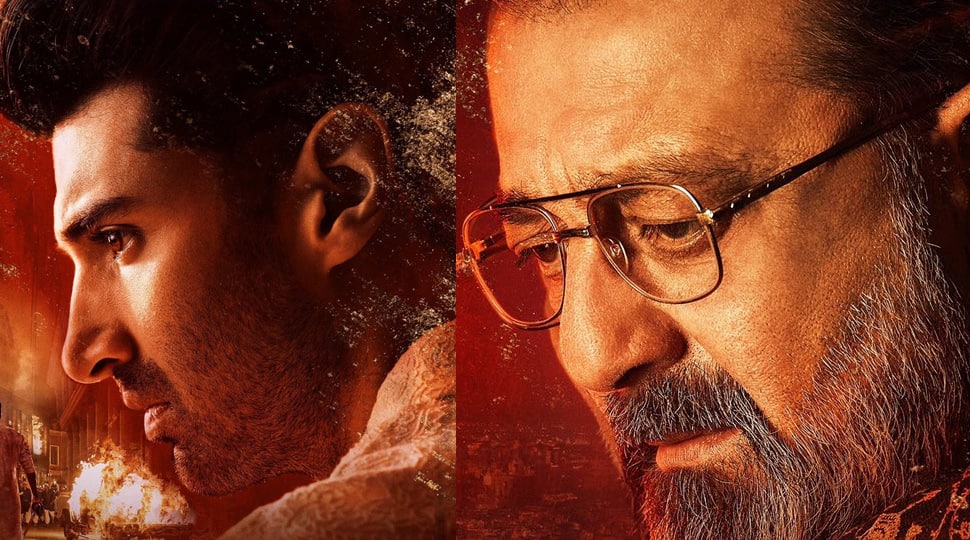 New Delhi: The year 2019 has some interesting films lined up for release, including Abhishek Varman's 'Kalank'. The film has an ensemble star cast with the likes of Alia Bhatt, Aditya Roy Kapoor, Varun Dhawan, Sanjay Dutt, Madhuri Dixit to name a few. The shooting of the film wrapped up in January this year and the first look poster featuring Varun with Kohled eyes was unveiled yesterday.

Along with Dhawan, Sanjay Dutt and Aditya Roy Kapoor's looks have also been unveiled and they will leave you more excited for the release.

Earlier in January, after wrapping up the film, Alia had shared a cutesy click with Abhishek and Aditya. The caption said, “KALANK has wrapped but the heart is still wide open!! For those who understand it and for those who don’t.. when you wrap a film it feels like a part of you just combusts.. especially when you’ve worked with your friends and family.. Crossing our fingers and toes for the journey ahead.. Cant wait for you guys to see the visuals..”

'Kalank’ is set in the backdrop of 1940s and stars the big names of industry. The movie is produced by Karan Johar's Dharma Productions.