The actress accused a journalist of running a smear campaign against her and questioned him for writing negative comments on her film 'Manikarnika'. 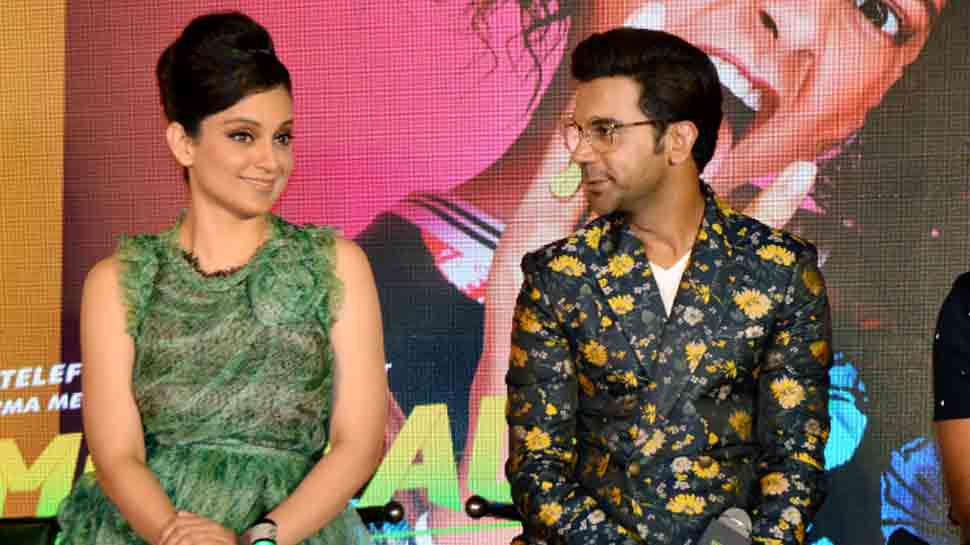 New Delhi: Actress Kangana Ranaut is no stranger to controversy. Her unfiltered comments are as legendery as her acting skills. And the ever popular actress is back again in the headlines for all the wrong reasons.

Kangana was in Mumbai at the song launch of her upcoming film 'Judgementall Hai Kya' where she got into a heated argument with a journalist who was present at the event. It all started when Kangana slammed the journalist for writing negative comments on her last release 'Manikarnika: The Queen Of Jhansi'.

"Did I made a mistake by making Manikarnika. You are calling me a jingoistic person by making a film on nationalism" she asked the journalist.

The three times national award winner questioned the journalist for his comments and refused to answer any of his questions, which was followed by a heated argument. The situation worsened further when other people present at the song launch also got involved in the heated discussion.

The ugly spat led to film producer Ekta Kapoor attempting to intervene once.

News agency ANI shared a video of the spat between the actress and the journalist:

#WATCH Kangana Ranaut has a spat with a reporter, accuses him of smear campaign, at the 'Judgementall Hai Kya' song launch event in Mumbai. (07.07.2019) pic.twitter.com/sNuWduY3yg

The song launch of 'Judgementall Hai Kya' was organised in Mumbai on Sunday and was attended by Kangana Ranaut, Rajkummar Rao and Ekta Kapoor. Touted to be a black comedy, the film has been directed by Prakash Kovelamudi.

Apart from Kangana and Rajkummar, the film also features Amyra Dastur, Jimmy Sheirgill, Hrishitaa Bhatt, Satish Kaushik, Mimoh Chakraborty among others. It is scheduled for release on July 26, 2019.