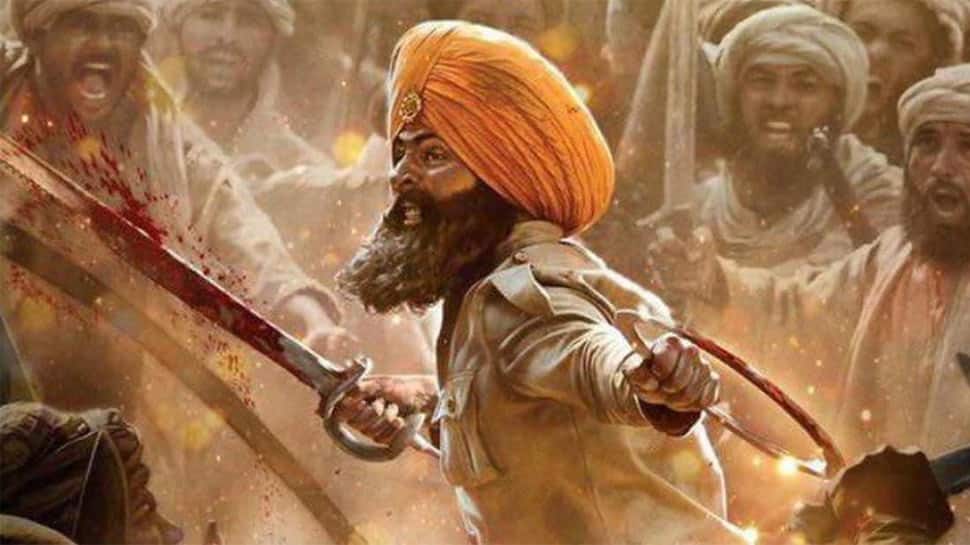 Mounted with utter-greatness, Director Anurag Singh's "Kesari" is a fictionalised piece, documenting the true story of one of the bravest battles in history, the Battle of Saragarhi.

Led by Havaldar Ishar Singh (Akshay Kumar) of the 36th Sikh Regiment, it's the story of 21 gallant Sikh soldiers who died at their post while defending the fort of Saragarhi from Afghan invaders on September 12, 1897.

History claims that they were attacked by 10,000 Afghan tribesman in retaliation to the British control of the area.

While the writers have taken every care to circumvent any major historical mistakes or errors of period detail, the dumbing down of messages, including the act of patriotism, is lazily crafted. For example, we are told what does "Kesari" signify, who laid down the foundation stone of the Harminder Sahib and why these Sikhs were ready to lay down their lives.

They throw dates and place names on to the screen as if what you are about to see is a faithful reproduction of events, when they are simply trying to pass off their fiction as authentic. An intelligent viewer will surely throw back their line to them -- "Chal joohte" -- at various points.

Also, the pace of the narrative is an issue. Feature films have to have a whole range of staple ingredients. One such element is the "arc of character", in which the leading actors have to go through a form of moral metamorphosis as a result of the experiences they undergo. So we have glimpses of Ishar Singh's personal life, breaking through this glass ceiling.

The other elements are "emotions and humour". Visualise this: Amidst an intense battle scene, when one of the soldiers removes his turban to aid his bleeding colleague, the severely wounded soldier, on seeing the grey strands on his colleague's head, light-heartedly tells his mate, "Are tu tho buddah hai yaar," to which the turbanless soldier retorts, "Buddah hoga tera baap."

Kudos if the situation was real, but on screen, such frivolous scenes break the intensity and momentum of the flow. And, they are far from being funny.

There are no complaints on the performance front. Every actor performs his part to perfection. Akshay with his flowing black beard is initially hard to digest, but he bites into the skin of his character to give a sincere presentation. Parineeti Chopra as his wife is perfunctory. The rest of the supporting cast are all natural and earnest.

On the technical front, the director has carelessly overlooked many frames that would hold the viewers' interest. Among those are the frames during the battle, when the brave Sikh soldiers in their anxious moments are clutching their guns, ready to fire. While aiming, their fingers are off the trigger -- these shots appear as juvenile poses.

While the wide shots capture the landscape in all its glory and transports you to the terrain, the mid-shots and close-ups, especially when Ishar draws a circle with a sword, or when a dagger pins a shoe on the rampant or the shots that capture the glorious death of each Sikh soldier, these shots appear painstakingly artistic and fake in nature.

The music seamlessly meshes into the narrative. The song that plays in the last act does make you feel sad for the soldiers.