'Mission Mangal' has raked in over Rs 29 crore upon opening on Thursday while 'Batla House' has minted Rs 15.55 crore. 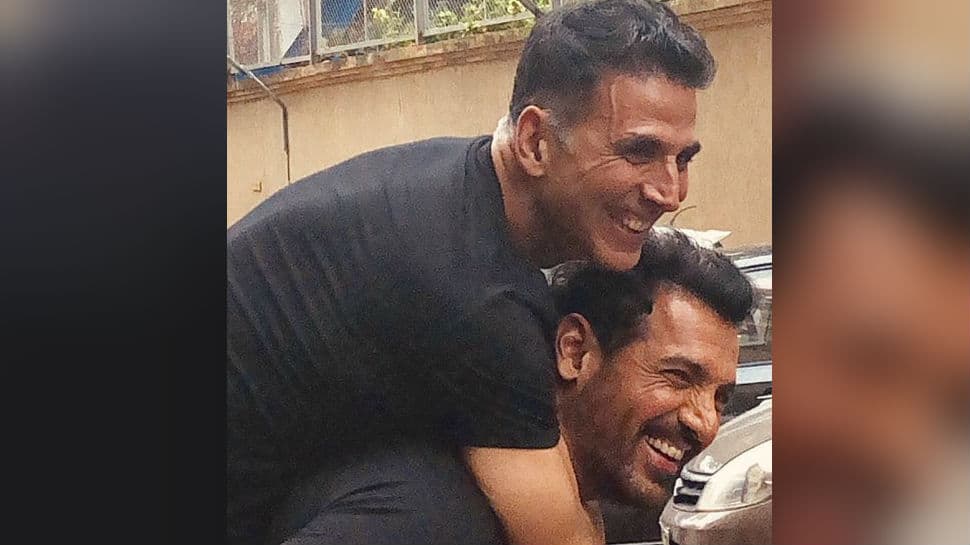 Mumbai: Akshay Kumar and John Abraham's Independence Day war at the box-office has begun. Bollywood's poster boys of nationalism, Akshay and John, have released "Mission Mangal" and "Batla House" respectively on August 15 this year, and initial reports suggest both films have seen a good opening at the box-office on day one.

"Mission Mangal", which is based on Indian Space Research Organisation's successful mission to Mars, has raked in over Rs 29 crore upon opening on Thursday, while "Batla House" has minted Rs 15.55 crore. However, "Mission Mangal" has the advantage of a bigger screen count. While the Akshay Kumar-starrer opened in over 3,000 screens nationwide, John's "Batla House" released across 2750 screens.

Directed by Nikkhil Advani, "Batla House" is about the alleged police encounter that took place in Delhi in the wake of the serial blasts of 2008.

Earlier in the day, film trade analyst Taran Adarsh took to Twitter and announced the box office numbers of both the films.

Taran also compared the opening day collection of Akshay's latest space drama to his past films, which were released around Independence Day. According to the numbers, "Mission Mangal" has emerged out to be Akshay's highest Independence Day opener.

Akshay is happy with the responses but he does not give heed to box office numbers.

Responding to one of his fan's tweet, Akshay said: "The motive behind making the film (is) to inspire more kids and develop an interest in science. This is real success for me, not the box office numbers."

This is not the first time that Akshay and John have vied for Independence Day honours at the box office. Last year, Akshay's "Gold" and John's "Satyamev Jayate" released on the same day, to cash in on the Independence Day weekend.

Talking about the clash, John had said: "Akshay and I are dear friends. In fact, a day before yesterday we messaged each other, and there is absolutely no problem. We are just releasing two films on the same day. There is a lot of space and audience is getting to choose from the best. I can say that the film is really good."

Before the release of "Mission Mangal" and "Batla House", the actors met each other and did a special photoshoot together.

No room for stress with Akshay Kumar on board: 'Mission Mangal' director Jagan Shakti