Ranbir Kapoor starrer is a collusion of emotions. 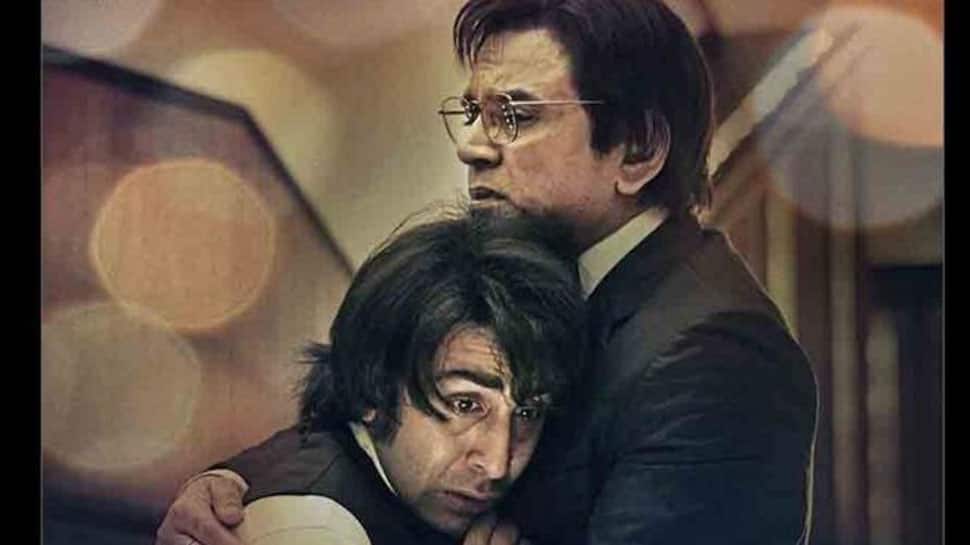 Bollywood films seldom manage to leave an everlasting impact on their viewers but I would be hugely scorned if I count the Ranbir Kapoor starrer 'Sanju' in the list. 'Sanju' is primarily based on Bollywood's most controversial actor Sanjay Dutt's journey but the film holds so much more than that. Helmed by Rajkumar Hirani and produced by Vidhu Vinod Chopra, this Ranbir starrer will make you go through varying degrees of emotions in that two and half hours.

Ranbir Kapoor, who plays the titular role of Sanjay Dutt in the film has an innate ability to get into the skin of his character. In Sanju he made it extremely difficult for his audience to distinguish between the real and the reel Sanju, such is the prowess of the actor. The film chronicles Sanjay's tryst with drugs, his trials and tribulations in the arms and ammunition case along with some emotionally-exhausting moments in his life.

The film will make you empathise with Sanjay's journey but at the same time you will raise your eyebrows in amazement at Ranbir's ability to entirely transform himself into Dutt. Apart from the Kapoor lad, the film also stars Vicky Kaushal, Paresh Rawal, Manisha Koirala, Anushka Sharma, Sonam Kapoor and Dia Mirza. One cannot move ahead without talking about Vickey Kaushal's role in the film. Vickey plays one of Sanjay's closest friends in the film. Vickey as Kamlesh emerges as a thorough entertainer with his funny Gujarati accent and later takes one on an emotional ride as he plays the perfect friend. His character reeks of innocence, honesty and boundless love. If Ranbir is the heart of the film then Vicky without a doubt is the soul. You certainly cannot imagine the film without him.

Actor Paresh Rawal has essayed one of the most challenging characters in the film. He plays veteran actor and politician Sunil Dutt. While Sanjay's suffering was known to the world, Paresh as Sunil took us through a father's battle for his son behind the closed doors. Sunil juggled between a cancer-ridden wife and a drug-addict son, his hardships were far greater than any character in the film as he had no one to fall back upon.

The female actors in the film had lesser parts to play comparatively but all of them have shouldered the film unfailingly. Anushka Sharma as writer Vinnie Diaz is the first amongst the female characters to be introduced to the audience. She is the writer whom Sanju approaches for his biography but she outrightly refuses owing to his controversial past. But later it is Vinnie who returns to him his most prized possession when he came out of the jail. We have seen Anushka as a journalist before and now we are convinced that no one can pull off a journalist better than her in Bollywood. She had the right kind of attitude, the poise and sensibility of a writer. The film, however, has taken a lot of digs at journalistic practices in India.

Moving on from Anushka, Manisha Koirala's Bollywood comeback has really appeased the audience. For the people who have heard very little of Sanjay's mother and veteran actress Nargis Dutt can learn about her spirited nature through Koirala's portrayal. Although the character didn't sustain for long, the mother-son chemistry was one of the takeaways from the film.

Coming to another most-talked about characters, Sonam Kapoor's character is nothing you had imagined. She plays one of Sanjay's love interests but you will never know which one as the makers have given a very subtle yet guarded treatment to her character. Similarly, the television hottie Karishma Tanna entered and exited the scene without revealing much about her character. However, Dia Mirza who essayed Sanjay's wife Maanayata Dutt in the film was directly addressed.

The film had an ensemble cast but it is probably the first film in the recent past, where the each and every cast is worth every attention. In Sanju, no one can pick just one as all the actors have done complete justice to their characters.

There are several moments in the film that will tickle your funny bone but then there are moments that would choke you completely. So head to the theatres without any doubts and you will be in for many pleasant surprises!