The digital platform to premiere URI-The Surgical Strike on March 19, 2019. 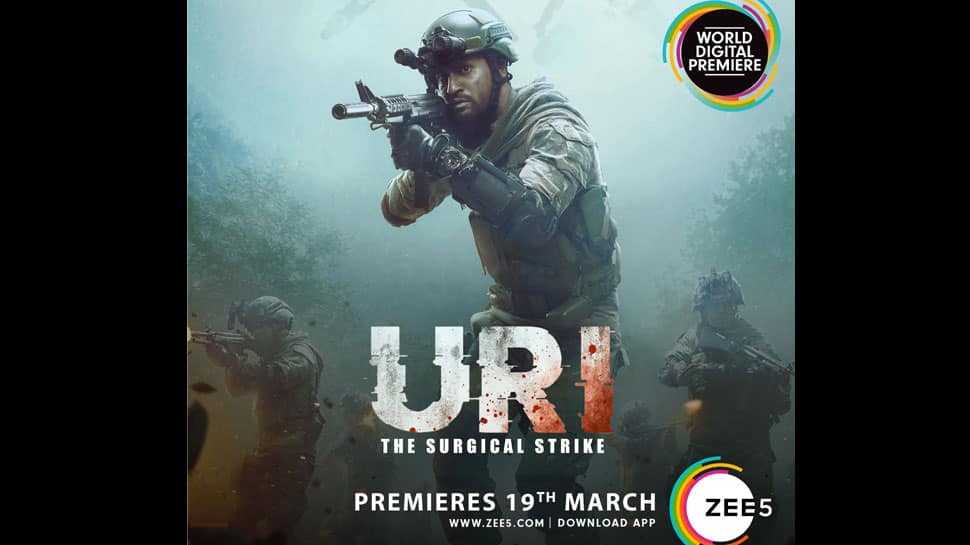 ZEE5 gives the nation a reason to cheer with the world digital premiere of URI - The Surgical Strike. The Bollywood blockbuster starring Vicky Kaushal, Mohit Raina, Paresh Rawal, Yami Gautam and Kirti Kulhari will go live on the platform on March 19, 2019.

The film by virtue of its subject and stellar performances were well received by the audience which led to word of mouth marketing during the initial opening week. It then went on to become a sleeper hit and the fact that it is premiering on ZEE5 helps viewers who may have missed watching it on the big screen as well as repeat audiences to enjoy the experience again, in the comfort of their homes or on the go.

URI-The Surgical Strike portrays the events of the surgical strike conducted by the Indian military against suspected militants in Pakistan occupied Kashmir. The directorial debut of director Aditya Dhar narrates the story of the 11 clamorous events on which the strike was carried out.

Manish Aggarwal, Business Head, ZEE5 India, said, "Digital premieres of movies have been one of the most awaited releases on our platform and have seen great success consistently after every release. An important and landmark film like URI – The Surgical Strike appeals to viewers across the spectrum. Not just first-time viewers, but a large number of movie buffs and fans will access the platform to view the film for a second and third-time viewing."

Aditya Dhar, Director - URI- The Surgical Strike, commented, "We are glad that URI-The Surgical Strike has garnered so much love and appreciation from audiences across the spectrum. Releasing the movie on a digital platform such as ZEE5 will further expand its reach and make the movie available to those who missed watching it on big screen."