Videocon did not inform the consortium that it was continuing to avail loan from the SCB and the lenders also did not ask for NOC from SCB about the closure. 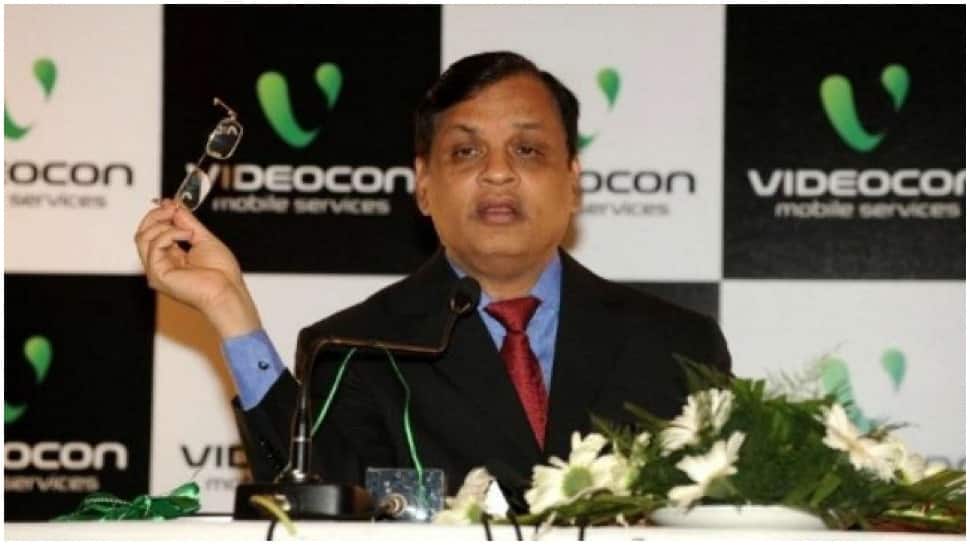 New Delhi: The CBI on Tuesday (June 23) booked Videocon Group Chairman Venugopal Dhoot for alleged corruption in the financing of their oil and gas assets in Mozambique in connivance with unidentified officials of a State Bank of India-led consortium, officials said.

The agency has registered the FIR after a preliminary enquiry on a complaint from the Oil Ministry.

Dhoot did not offer any comment on the development.

The enquiry findings show that in 2008 Videocon Hydrocarbons Holding Ltd (VHHL), a subsidiary of the Videocon Industries Limited (VIL), acquired 10 per cent "participating interest" in Oil and Gas Block in Rovuma Area 1 block, Mozambique, from the US-based Anadarko.

The Mozambique asset was later acquired by ONGC Videsh Limited and Oil India Limited in January 2014, for USD 2,519 million, they said.

In April 2012, a consortium of banks led by the State Bank of India, and comprising of ICICI bank and IDBI bank, sanctioned Standby Letter of Credit (SBLC) facility of USD 2,773.60 million to VHHL for appraisal and development of their overseas oil and gas assets in Mozambique, Brazil and Indonesia and other funding requirements in relation to refinancing the existing facility.

The SBLC facility of USD 1103 million was refinanced which included an outstanding of USD 400 million to Standard Chartered Bank (SCB), London.
"The first charge on VIL's oil and gas asset was a part of SCB's security," the FIR said.

About 10 months later, VIL told the consortium that SCB loan has increased to USD 530 million, requesting to pay it and take over charge of oil and gas assets.

The consortium allegedly approved the increased amount without any verification or inquiry, the agency said.

After the payment, the consortium should have taken the charge on the gas and oil assets of VIL and the loan account of SCB should have been closed by VHH, it said.

Neither the consortium created the charge on oil and gas assets nor did VHHL close the loan account with SCB, it alleged.

Videocon did not inform the consortium that it was continuing to avail loan from the SCB and the lenders also did not ask for NOC from SCB about the closure, it said.

The consortium never took charge of Mozambique assets and the charge of Indonesia and Brazil was taken over in November 2013 only from SCB, it said.

ONGC Videsh and Oil India needed 'no objections' from lending banks before making payments for Mozambique assets then in November 2013 VIL asked the consortium to pay outstanding of SCB London from the sale proceeds, it said.

The consortium did not object that it had already paid the outstanding of SCB in February 2013, the agency alleged.

The consortium agreed to clear the outstanding dues towards the SCB, subject to a cap of USD 650 million but instead ended up paying USD 704.45 million to SCB, London, from sale proceeds in connivance with bank officers, it alleged.

The agency found that VIL diverted funds of SCB, London, only spending USD 374 million, USD 554.82 million and USD 25.25 million on its assets in Mozambique, Indonesia and Brazil respectively as against the facility of USD 1616 million availed by VHHL, it said.

"The facts and circumstance prima facie show that unknown officers of lender banks led by SBI in conspiracy with Venugopal Dhoot, CMD of Videocon Industries Limited allowed VHHL, to continue to the avail the facility from SCB, London, with dishonest intention by not creating a charge on Mozambique asset and thereby cause wrongful gain to Videocon and wrongful loss to Indian PSU banks," it alleged.

Adani Power board approves delisting of shares from BSE, NSE