1st Test Day 3: Pakistan reduced to 137/8 in second-innings against England at stumps 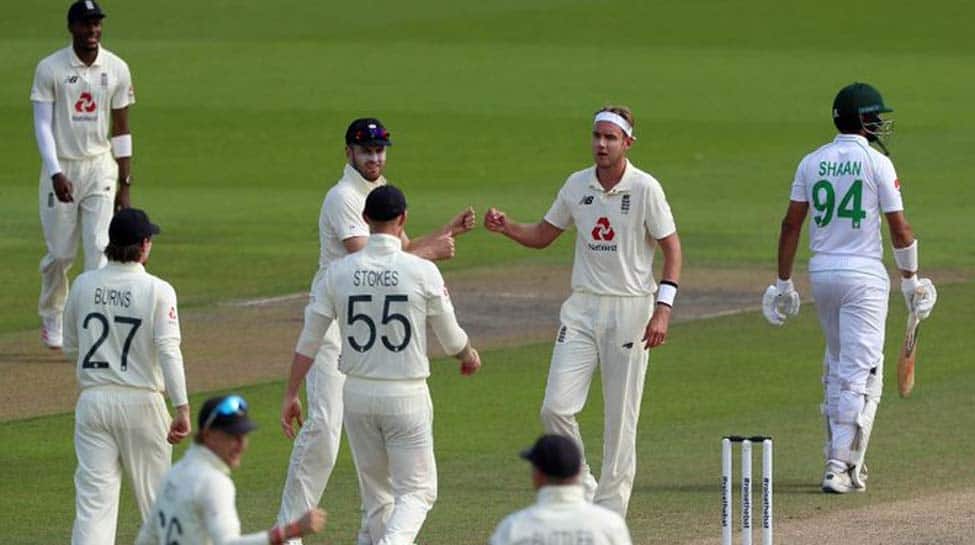 At the end of day's play, Mohammad Abbas and Yasir Shah were batting at their respective scores of 0 and 12.

Pakistan are currently maintaining a 244-run lead over England in the ongoing Test.

Shan Masood, who single-handedly guided Pakistan to a score of 326 in their first-innings by smashing a blistering knock of 156, failed to replicate a similar kind of performance in the second innings as he fell for a duck.

Opener Abid Ali (20), skipper Azhar Ali (18) and Babar Azam (5) too failed to contribute much to their side's innings and dismissed cheaply.

Subsequently, Asad Shafiq and Mohammad Rizwan smashed 29 and 27 runs, respectively before they too went back to the pavilion.

Earlier in the day, England resumed their first-innings at 92 for four, with Ollie Pope and Jos Buttler batting at the crease.

Buttler notched up just 38 runs off 108 deliveries before being bowled out by Chris Woakes, while Pope made a significant contribution of 62 runs before falling victim to Naseem Shah.

Yasir Shah was the pick of the bowlers for Pakistan with figures of four for 66. Shadab Khan and Mohammad Abbas claimed two wickets each, while Naseem Shah and Shaheen Shah Afridi chipped in with a wicket each.