The International Cricket Council (ICC) Women's T20 World Cup 2020 is approaching fast, with just 200 days to go until the opening match of the showpiece event between Australia and India at Sydney Showground Stadium on February 21, 2020. 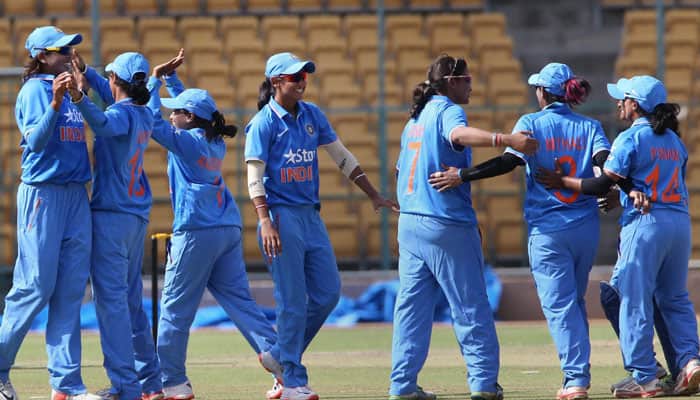 The International Cricket Council (ICC) Women's T20 World Cup 2020 is approaching fast, with just 200 days to go until the opening match of the showpiece event between Australia and India at Sydney Showground Stadium on February 21, 2020.

Both events will culminate in finals at the world’s largest cricket stadium, the Melbourne Cricket Ground, presenting an opportunity to set a new world record for the highest attendance at a women’s sporting fixture on March 8, 2020, International Women’s Day.

The ICC T20 World Cup 2020 Local Organising Committee announced that leaders from across Australia have pledged their support as ‘2020 Champions’, each helping to inspire people to take part and continue the positive momentum in sport for women and girls.

Reflecting on the same, Australian men's cricket team head coach Justin Langer said, “The fact there are two separate tournaments for women and men means cricket has two bites at the cherry to create a buzz, create heroes and inspire the next generation of players and supporters. And with the final of the women’s tournament set for International Women’s Day at the MCG and the target set at selling out the venue, there’s the potential for a history-making occasion right there."

ICC T20 World Cup Local Organising Committee CEO, Nick Hockley also spoke about '2020 Champions' program. “The ICC Women’s T20 World Cup is an opportunity to showcase equality through sport on the global stage.We’ve seen at the recent FIFA Women’s World Cup and ICC Cricket World Cup what a powerful and uniting force major sporting events can be and we are humbled to have such inspirational leaders join together to help maximise the positive impact of Australia 2020," he said.