India began their tour to the West Indies with a four-wicket win over them in the opening T20I match on Saturday. 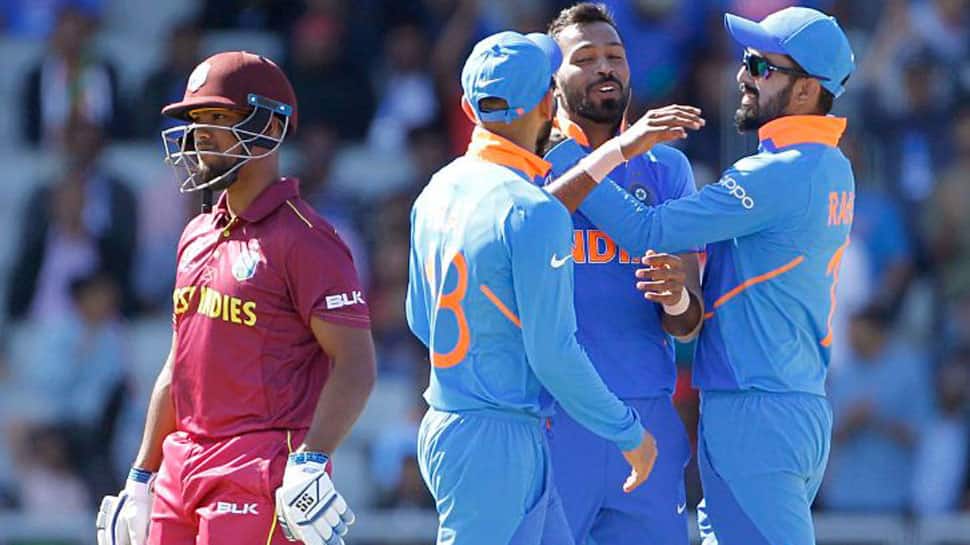 The Virat Kohli-led India will look to take an unassailable 2-0 lead in the three-match Twenty20I series against West Indies when the two sides square off in the second T20I at the Central Broward Regional Park in Florida on Sunday.

India, who are playing their first set of fixtures since their disappointing semi-final exit at the 2019 International Cricket Council (ICC) World Cup, began their tour to the West Indies with a four-wicket win over them in the opening T20I match on Saturday.

Opting to bowl first on a slow wicket, the Men in Blue restricted the Caribbean side to a modest score of 95 for nine in their stipulated 20 overs. Navdeep Saini was the pick of the bowlers for India as he finished with impessive figures of three for 17 in his debut clash.

In reply, the visiting side lost wickets at regular intervals but they ultimately managed to chase down the score with 2.4 overs to spare.

Heading into the clash, both India and West Indies will look to assess the conditions better and come up with good batting performances.

While the Men in Blue once again bank on their young bowling attack in their bid to seal the series, the Caribbean side will look to bounce back strongly and display a much-improved performance in order to stay alive in the series.

As far as weather is concerned, the day is expected to remain sunny during the playing time, with a minimum chance of rain at that time. If conditions are taken into consideration, spinners are expected to play a decisive role.

Here are the two squads: