England still need 98 runs to avoid following on and that will be no formality after Hazlewood undid so much of the good work from Rory Burns (81) and Joe Root (71) earlier in the day. 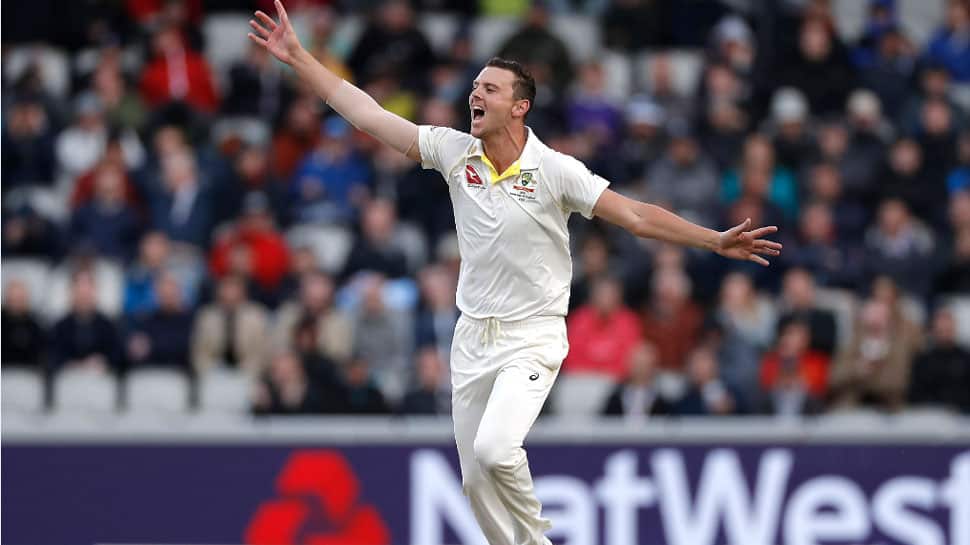 Australian paceman Josh Hazlewood ripped through England with three crucial wickets in the final session to leave Joe Root`s side trailing by 297 runs with five wickets remaining after the third day of the fourth Ashes Test on Friday.

England still need 98 runs to avoid following on and that will be no formality after Hazlewood undid so much of the good work from Rory Burns (81) and Joe Root (71) earlier in the day.

The pair put on 141 for the third wicket before Hazlewood removed Burns with a fine delivery that was edged to a gleeful Steve Smith at second slip.

Burns had looked confident throughout an impressive innings in which he picked up his third score of fifty or over in this series.

Hazlewood then made it two wickets in 11 balls when he removed Root, rapping him on the pads with the England skipper`s dejected expression removing any need for a review.

Jason Roy, demoted from the opener slot, was joined by Ben Stokes and England badly needed a lengthy partnership from the two stroke players, but Hazlewood had other ideas.

The bowler removed Roy`s middle stump clean out of the ground with another delivery that nipped back off the seam and the jubilant response of the Australians in the field illustrated the significance of the wicket.

Hazlewood, who had earlier removed nightwatchman Craig Overton, ended the day with figures of 4-48 after bad light cut play short, to the relief of batsmen Stokes and Jonny Bairstow.

Heavy rain wiped out the entire morning session at Old Trafford. The five-match series is standing at 1-1.

Victory for Australia would ensure they retain The Ashes ahead of the final Test at the Oval next week.