The 27-year-old was earlier included in the Australia A squad for the three-day day-night tour game against the visiting Pakistan side, beginning November 11 in Perth. 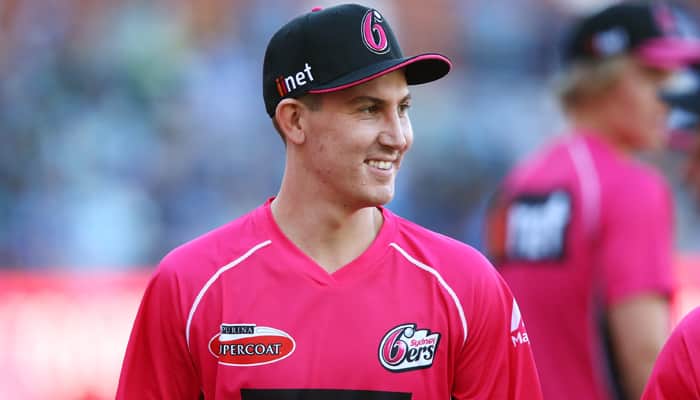 Few days after all-rounder Glenn Maxwell announced that he is taking a short break from cricket on mental grounds, Cricket Australia has now revealed that batsman Nic Maddinson has also decided to step away from the game to deal with the same problem.

The 27-year-old was earlier included in the Australia A squad for the three-day day-night tour game against the visiting Pakistan side, beginning November 11 in Perth. However, he will now be replaced by Cameron Bancroft for the game.

Informing about Maddinson's decision, Australia A’s coach Graeme Hick said that the batsman has made a good move by taking a break from cricket, adding that it is better to speak up rather than suffering in silence.

"Nic has made the right decision and we are all behind him. It is braver to speak up than to suffer in silence and I applaud Nic for having the courage to put his health first,"the International Cricket Council (ICC) quoted Hick as saying.

Meanwhile, Cricket Australia promised to provide Maddinson with all the support and time he needs to return to full fitness.

The development means Maddinson will now join Maxwell, Nicole Bolton, Will Pucovski and Moises Henriques among those from Australia who have been vocal about their mental health issues.

Maddinson, who played his last match for the national side against Zimbabwe in July 2018, has appeared in a total of three tests and six T20I matches for Australia so far. He also put up an impressive performance for Victoria recently, notching up 224 against South Australia last month and putting him on the national selectors' radar.

It is to be noted that this is not the first time that Maddison has taken a break from the game. In February 2017, Maddinson had indefinitely stepped away from cricket following a tough season in which the young batsman was dropped after playing just three matches.