England, who clinched a miraculous win in the third Test, failed to keep up their spirit and came out with a below-par performance, especially with the bat, at Old Trafford as they lost the match by 185 runs. 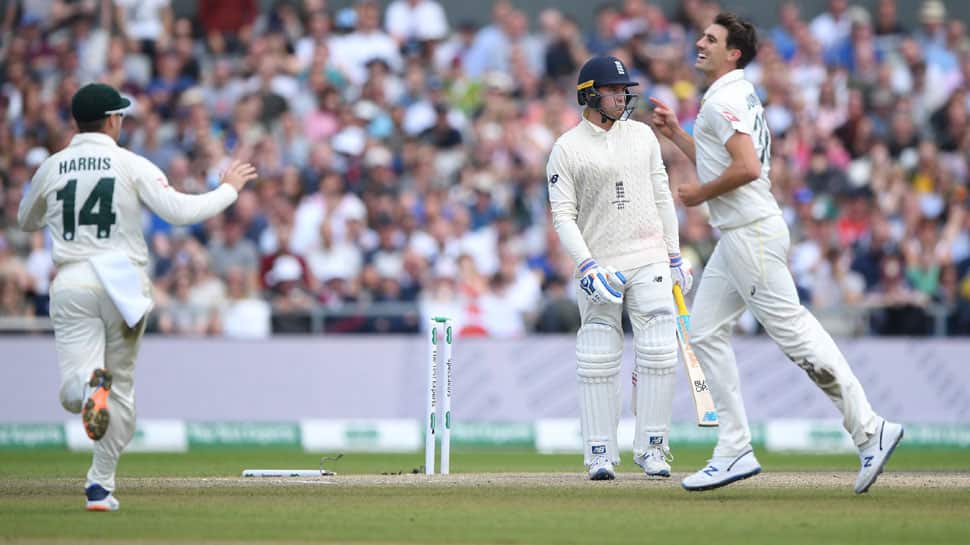 After suffering from a heart-wrenching defeat in Manchester and relinquishing the urn, England will aim to draw the five-match Ashes series and gain all 24 ICC World Test Championship points available when they take on Australia in the final Test beginning on Thursday at The Oval.

England, who clinched a miraculous win in the third Test, failed to keep up their spirit and came out with a below-par performance, especially with the bat, at Old Trafford as they lost the match by 185 runs.

Even then, the hosts have decided not to make any changes in their line-up and have named an unchanged 12-man squad for the Test, which will be Trevor Bayliss' last match as England head coach.

Their batsmen have not been able to perform as Joe Root and Bayliss would have liked. Ben Stokes, their hero at Headingley, is set to have a shoulder scan after he picked up an injury at Old Trafford, pulling up in his 11th over, and didn't bowl during Australia's second innings.

However, England's main concern is to find a way to stop Steve Smith, who is having a dream run in the ongoing Ashes. With three centuries and two fifties, Smith has scored more than 680 runs and is arguably the main difference between the two sides.

On the other hand, Australia will look to win the Ashes in England for the first time since 2001.

Tim Paine has shuffled his pace attack through the series, and is likely to continue to do so at The Oval as well. Pat Cummins is the only one to have featured in all matches so far, and while head coach Justin Langer is keen to have him in the side to push for a 3-1 series win, he admitted that the workload was "taking a toll".

One of only worries Australia have at the moment is the form of David Warner. Warner has been in awful form in the ongoing Ashes and has scored just 79 runs at an average of 9.87 per innings. The Left-handed opener has endured a tough series tackling the new ball, particularly against England seamer Stuart Broad, and has managed just one double-figure score (61) in eight innings with ducks from each of his last three starts.

However, Langer has backed him to come good and score in the final Test.