The second match between the two sides will also be played at the Kensington Oval on Friday. 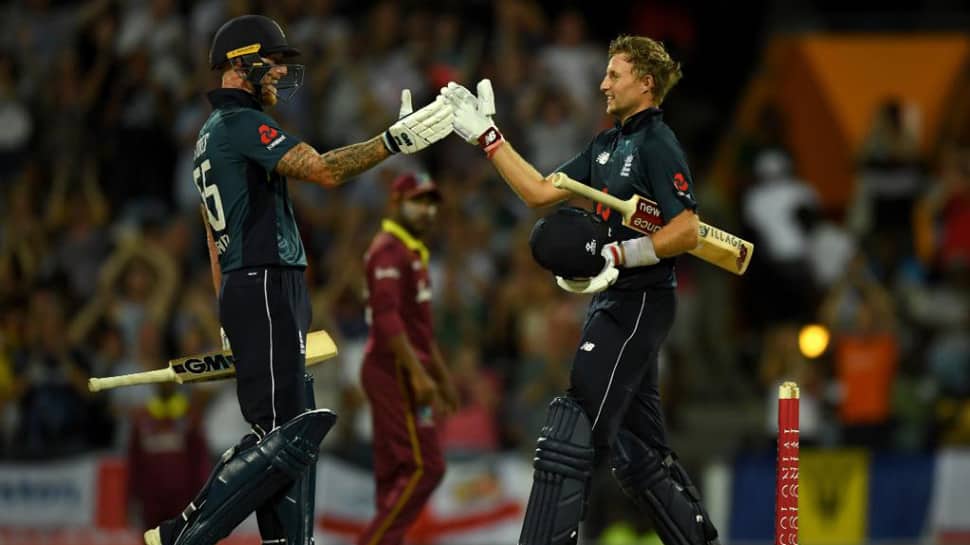 Jason Roy and Joe Root scored centuries as England clinched a record-breaking victory over West Indies in a display of pure power hitting and shot making by both sides in their opening one-day international in Barbados on Wednesday.

Roy made 123 while Root scored 102 as the visitors posted 364 for four to seal a six-wicket win with eight balls to spare and take a 1-0 lead in the five-game series in front of a near-capacity crowd at Kensington Oval.

Chris Gayle had belted 12 sixes in his 135 to help West Indies to a daunting total of 360 for eight, their highest one-day international score against England.

The umpires had to replace the ball more than half a dozen times after several of Gayle`s towering sixes landed outside the stadium, including one that measured at 121 meters.

Gayle was dropped on nine by Roy, who said the missed chance had been at the "back of his mind" when he took the crease.

"You want to step up a bit and do something good for the team," said Roy, who more than made amends by compiling his score in only 85 balls in a match-winning knock.

"It was a nice (batting) surface. We were chasing a big total, so it was quite daunting at the start," he added.

Roy laid a foundation for Root to all but take England across the line with a stylish inning based on stroke-making and astute placement of the ball.

Root was denied hitting the winning run when he was caught on the boundary with the scores tied and left to a standing ovation.

Captain Eoin Morgan chipped in with 65.

"We went about the chase well, with a short side (boundary) and a howling wind," said Morgan, who felt the conditions and placid nature of the pitch had made the chase slightly easier than the target score.

"We didn`t bowl as well as we would have liked and didn`t help ourselves in the field. Our energy and body language in the field weren`t up to scratch today. We`ve got to pull up our socks," he said.

The second match between the two sides will also be played at the Kensington Oval on Friday.