Brendon McCullum announces retirement from all forms of cricket

McCullum who is considered one of the greatest players in the history of cricket expressed his sadness on leaving the game he loves, citing the 'sacrifices' and 'commitment' involved as factors behind this decision. 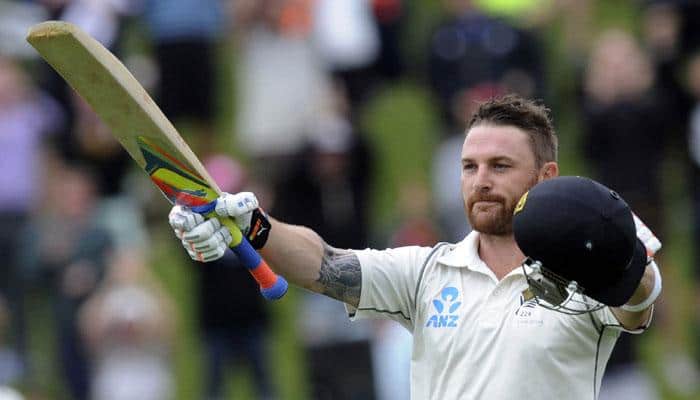 Legendary New Zealand cricketer Brendon McCullum on Monday announced his decision to retire from all formats of the game at the end of the ongoing Global Canada T20 League, bringing down the curtains on an illustrious career.

McCullum who is considered one of the greatest players in the history of cricket expressed his sadness on leaving the game he loves, citing the 'sacrifices' and 'commitment' involved as factors behind this decision.

"I'm sad to leave playing the game I love behind, but I am excited about what the future holds. My style of cricket has always been full noise, full throttle. From Culling Park to Lords and everything in between, there has been some wonderful memories. Unfortunately, the sacrifices needed and commitment required to play that type of cricket have now become too great," he said in a statement on Twitter.

The 37-year-old discussed his international career with New Zealand, highlighting the implementation of a style of play by breaking boundaries that had earned the side respect across the world.

"With New Zealand, we broke boundaries and established a style of play that earned us respect across the world. In T20 cricket, I've enjoyed so many varied challenges, I can leave the game knowing I left no stone unturned The next chapter, in both media and coaching will challenge me further. It's been one hell of a ride but I've always maintained that all good things must come to an end," added McCullum.

The cricketer is currently the player with the highest number of sixes in Test cricket and also enjoys the unique distinction of being the first New Zealand cricketer to score a triple ton. McCullum has further scored the fastest century in the history of the longest format of the game.

The 37-year-old was also a consistent performer in T20 Internationals having registered a score in excess of 50 on 15 occasions, which is the same as Chris Gayle.