England cricketer Moeen Ali, who believes his side can still bounce back in the final innings, lauded the Caribbean bowlers for their good pace. 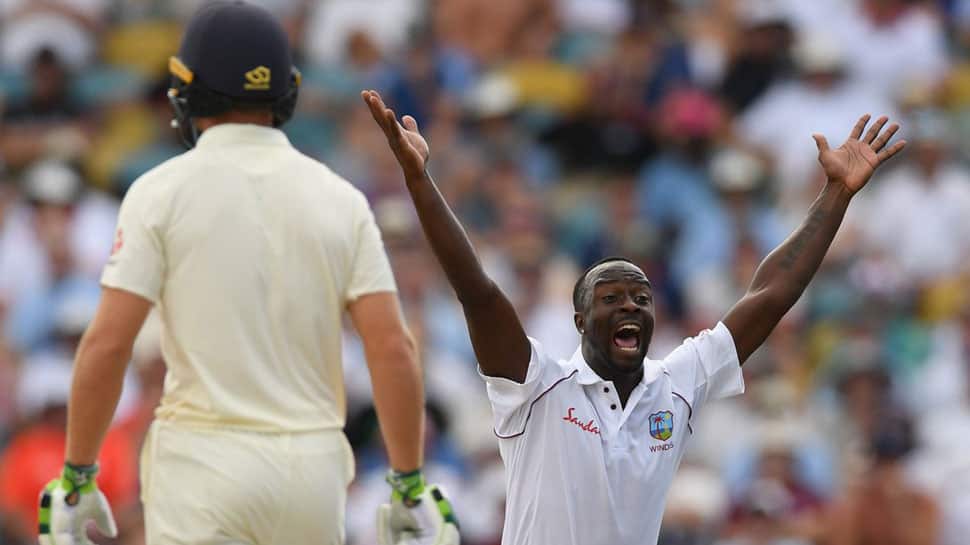 West Indies paceman Kemar Roach, who recorded the figures of 5 for 17 to dismantle England for 77 in the first Test, said claiming the first fifer at home is a special feeling in spite of the hot and testing conditions in Barbados.

“It was pretty hot, but I was ready to go for the team. I am happy with my performance today, and to restrict the English to as low as possible and give ourselves a big lead. I have been around for a while, and to be able to take my first fifer at home is a special feeling,” ICC quoted Roach, as saying after the game on Wednesday.

"We had good plans. The guys out there hit the nail on the head. Today was my day, but second innings could be someone else`s. The guys have been very, very disciplined,” he said.

Earlier in the match, West Indies were bowled out for 289 before they restricted England to a below-par 77. Going against enforcing follow-on in the second innings, the Caribbean side added 127 runs for the loss of six wickets at stumps and have built up a lead of 339.

"A lead of 300 is good going into the third day. But the pitch has toughened up a little bit for the batsmen, so we just need to put runs on the board. It is a bit jumpy, a bit uneven; some balls are keeping a bit low. I think the aim is just to make the batsmen play as much as possible," Roach said.

"You can go fuller on this pitch, bring them forward, create some chances and put the batsmen under a lot of pressure. The aim is not to bat last on this pitch. It is a tough one, and 400 runs on the board are going to be tough for the English. Bowl in the right area that is the plan going forward,” he added.

Meanwhile, England cricketer Moeen Ali, who believes his side can still bounce back in the final innings, lauded the Caribbean bowlers for their good pace.

“It was a disappointing day and there are always going to be a few guys who make mistakes. Today was not the day," said the English cricketer.

"They (West Indies) bowled fantastically well with good pace and managed to get us out. You never expect these days but they do happen. It is all about doing it again in the final innings,” he added.