Australia will travel to Birmingham on July 27 and practice at Edgbaston ahead of the first Test at the venue, starting August 1. 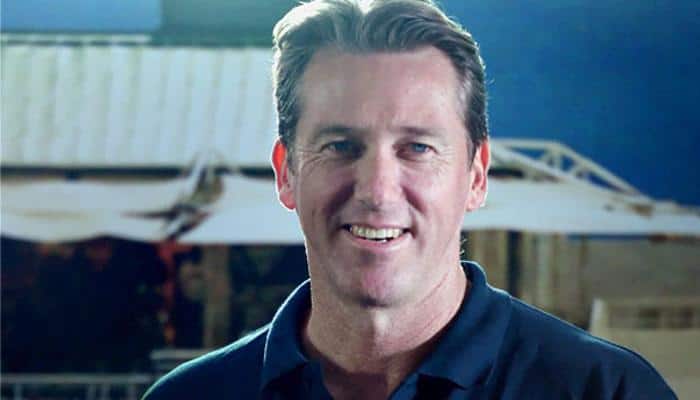 "To be 37-plus, and to have played 148 Test matches, it`s absolutely incredible. To think that he`s put his body through that much pain and stress, and everything that goes into being a fast bowler, and he`s still going out there and going the business," ESPN Cricinfo quoted Mcgrath as saying.

"When that ball`s swinging, in English conditions with the Dukes ball, there`s no-one better. So yeah, if Australia can get on top of Jimmy, that`s going to be a big decider in this Test series," he claimed.

"But if Jimmy comes out, bowls well and knocks the Australians over, it`s going to be another tough series for them," he added.

Mcgrath also opined that the upcoming series between England and Australia will be an amazing series as both sides have good bowling lineup.

"It`s going to be an amazing series. I think this Australian bowling attack is looking as good as it`s been for a long time. To have James Pattinson back and what he offers ... he`s been bowling incredibly well, but it`s just that attitude and `white-line fever`, I guess you`d call it.

As soon as he crosses the line, he`s very dangerous," Mcgrath said.

"To have that wealth of fast bowlers, that`s tough for the selectors, and it`s going to be interesting to see which way they go for that first Test match. But it`s a good thing to have," he added.

England were recently bowled out for just 85 runs in their one-off Test match against Ireland. The team managed to register a 143-run win, but Mcgrath said that England would look to sort out their top-order problems as soon as possible.

"They`ll be keen to get a look at that top order as soon as possible. But they`ll still have to bowl in the right areas. I think that`s very important," Mcgrath said.

If they bowl badly and let those guys get settled and get a little bit of confidence, the series is over. But if they can bowl well at those guys, get on top of them, and get Joe Root in at 3 for 30 rather than 3 for 300, it makes a massive difference, and it`s a massive match-up for the series," he added.

Australia will travel to Birmingham on July 27 and practice at Edgbaston ahead of the first Test at the venue, starting August 1.

Australia`s National selection panel had announced the 17-man squad for the Ashes Tour of the UK on July 26 and the team is as follows: