It will be after a gap of 11 years that both Virat Kohli and Kane Williamson would face each other in a World Cup tournament while leading their respective sides. 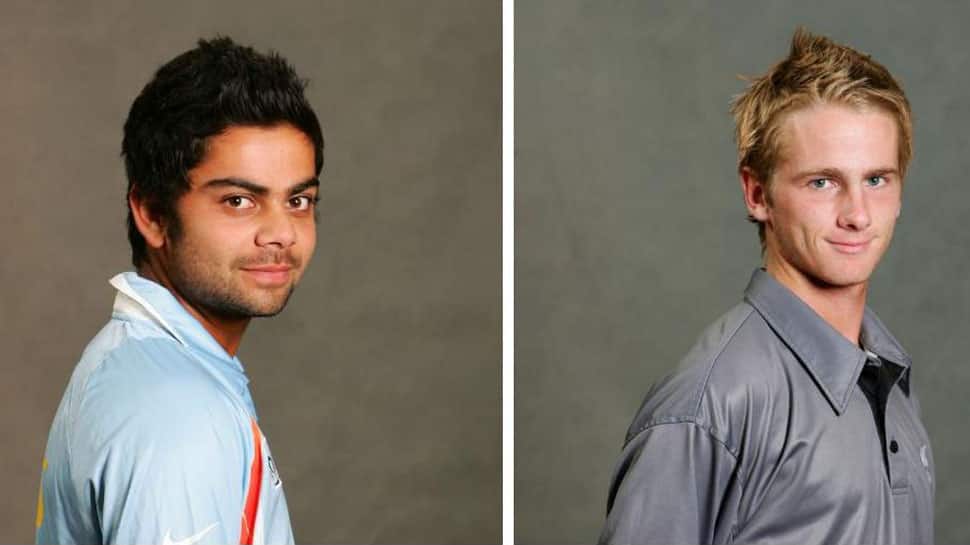 The first semi-final of the ICC World Cup 2019 will be played on Tuesday between India and New Zealand at the Old Trafford stadium in Manchester. When the two sides take on each other on Tuesday, it might be a déjà vu of sorts for skippers Virat Kohli and Kane Williamson.

India’s Ravindra Jadeja and Trent Boult and Tim Southee of New Zealand were also playing in the tournament when the younger squads of the two sides met in 2008. India had won the match by three wickets and the man of the match was none other than skipper Kohli.

And that’s not all. Interestingly, Williamson’s wicket was claimed by the Indian skipper itself. The result of the match was declared through the Duckworth-Lewis method and India won by three wickets.

Recalling the 2008 U-19 World Cup, Kohli said in a ICC press conference, “I'll remind Kane (about 2008), I'm sure he remembers. It is quite a nice thing to realise that 11 years later we are captaining our respective nations again in a senior World Cup from Under-19s. “It's a really nice memory and we'll both feel good about knowing that this is happening and no-one, neither me nor him, could have ever anticipated that one day this will happen.”

After defeating New Zealand in the semi-finals, India Under-19 team lifted the trophy by winning the final against South Africa.

In the ICC World Cup 2019, while India have emerged as the clear favourites with a consistent performance, New Zealand’s show has been rather inconsistent.

Though Kohli and Williamson have grown a lot as a cricketer since the U-19 World Cup, but for Kohli, the first indication that the New Zealand skipper was a special batsman came in 2007 when he was  on an Under-19 tour of New Zealand.

“I remember in 2007 we went to New Zealand and we were playing an Under-19 Test match and Kane played a shot off one of our fast bowlers, who was quick, off the back foot. I remember standing in slips and telling guys standing at slip: “I have never seen anyone play a shot like that,” and he was special, along with a couple more guys, which didn't make it surprisingly. But he was always the stand-out player and you could see when we played New Zealand in New Zealand on that Under-19 tour and the World Cup again he was quite special for them. So we always knew he has the special ability to go all the way and now he's controlling the tempo of the game for New Zealand every game that he plays and he's contributing so well," Kohli said during the press conference.

Kohli’s Men in Blue have faced just one defeat in the tournament so far, against England, while Williamson’s Black Caps lost three consecutive matches – against Pakistan, Australia and England – before making it to the semi-finals by edging out Pakistan on the basis of net run rate.

However, New Zealand had a decent start in the tournament as they defeated teams like Sri Lanka, Bangladesh, Afghanistan, South Africa and West Indies. The group match between India and New Zealand was washed out without toss due to rains. The match was slated to be played at Trent Bridge in Nottingham.