Three Sri Lankan cricketers including Sanath Jayasuriya and Nuwan Zoysa have been charged recently under the ICC Anti-Corruption Code. 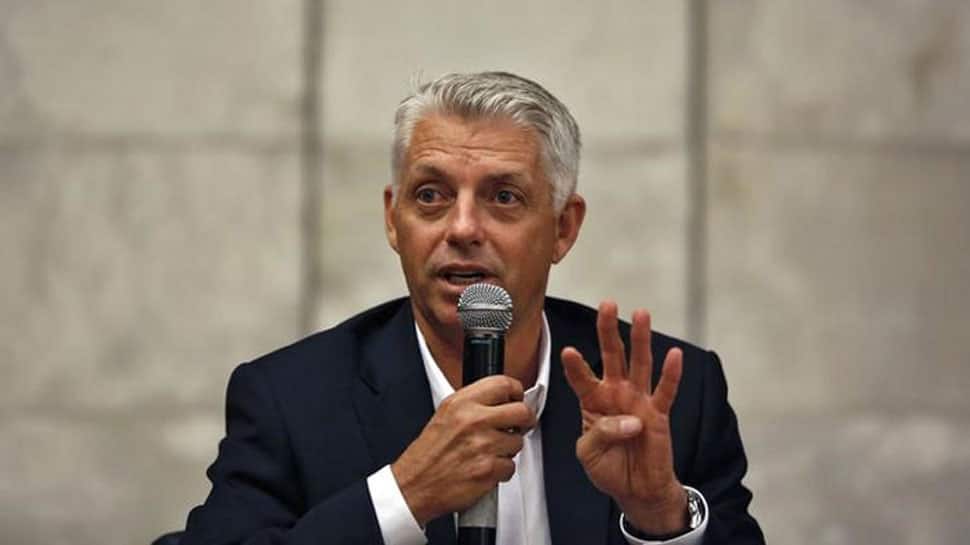 The International Cricket Council is constantly persuading governments, including India's, to make fixing a criminal offence, said its CEO Dave Richardson on Wednesday in the wake of "serious" corruption allegations that has hit the sport in Sri Lanka.

Three Sri Lankan cricketers including Sanath Jayasuriya and Nuwan Zoysa have been charged recently under the ICC Anti-Corruption Code.

Jayasuriya, however, has been charged only for failing to co-operate with an ICC investigation, a claim that the former opener has denied.

With ever increasing threat of corruption in the game, Richarson said the ICC's Anti-Corruption Unit (ACU) has gone on an overdrive to curb the menace.

"Most of our efforts now are on disrupting the criminals and this means persuading governments to introduce legislation that can make attempts to fix cricket matches a criminal offence, so that those types of people are put behind bars," said Richardson at a promotional event.

"The ACU is trying to be much more pro-active. First of all, in disrupting these criminals who are travelling the world trying to corrupt the game.

"We are also getting much better intelligence on who these people are and we have been able to do that only because more players are reporting the approaches to us," said the ICC boss, who will step down from his post after the 2019 World Cup.

The second edition of the T10 League had ICC's approval and Richardson insisted that due diligence was followed before the governing body gave the tournament its thumbs-up.

"Whether it is T10 of any other league, we will have a much more robust system in place before these leagues are approved."

He is confident that the World Cup in England next year will be corruption free.

"We have a full team working with law enforcement agencies in the UK. We are very confident that we can keep the World Cup corruption free."

Talking about the BCCI's reluctance to support ICC in taking the sport to the 2028 Olympics, the South African said the issue will be resolved soon.

"Yes, we have our ambitions to have cricket in the Olympics. That is easier said than done. We need to convince the IOC for that," he said.

"103 out of 104 members (barring BCCI) were strongly behind the decision to get cricket into the Olympics.

"There are some issues the BCCI has with the IOA (Indian Olympic Association) but I am very confident that those issues can be resolved."

The World Anti-Doping Agency can make the ICC non-complaint for failing to convince the BCCI to come under the umbrella of its Indian affiliate NADA. The BCCI as of now gets its cricketers tested from a private dope testing agency.

"The ICC is facilitating discussions with WADA and BCCI. I know that there is a willingness on the part of the BCCI to resolve the situation with the IOA. It is not as if BCCI doesn't want to do testing, they are doing testing. Their reluctance has only been to use this particular agency (NADA)."

On the upcoming World Cup where all teams will be playing each other before the knock-outs, a first since the 1992 edition, Richardson said it will be one of the most competitive editions and the conditions will be in favour of the batsmen.

"I think certainly the sense is that you don't want to take the bowler completely out of the game but probably in 50 over format, if it is still going to favour anybody, it is going to be 60-40 in favour of the batsman.

"We are talking anything between 230 and 280 as competitive scores. That is what we are trying to aim for. We want good batting wickets which give bowlers some chance," he added.