New Zealand emerged victorious by a margin of seven wickets against Afghanistan in the 13th match of the ICC World Cup 2019 at the 'The Cooper Associates County Ground', Taunton on Saturday. 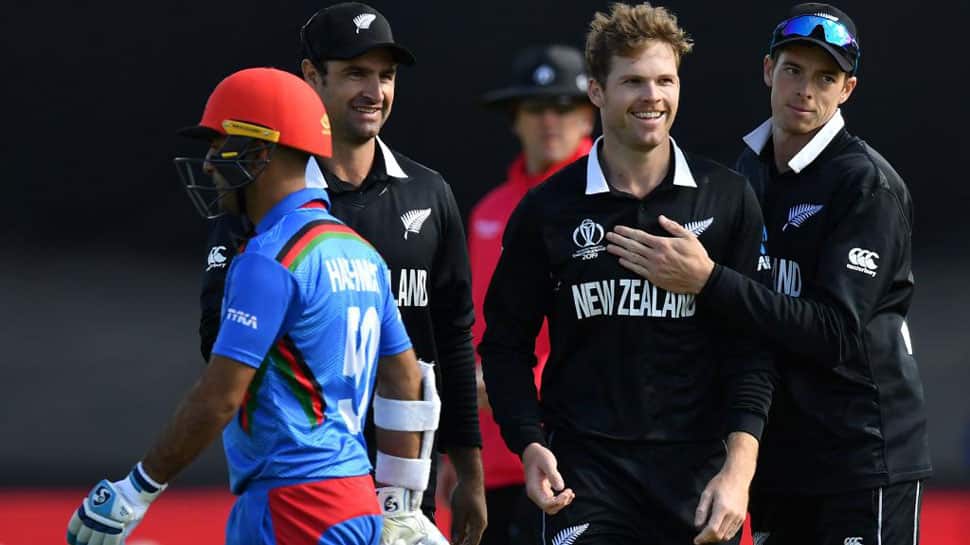 New Zealand emerged victorious by a margin of seven wickets against Afghanistan in the 13th match of the ICC World Cup 2019 at the 'The Cooper Associates County Ground', Taunton on Saturday.

However, they failed to maintain the tempo with pacers Jimmy Neesham and Lockie Ferguson accounting for nine wickets. Afghanistan were bowled out for 172.

New Zealand lost the key wickets of openers Martin Guptill and Colin Munro early, before skipper Kane Williamson and Ross Taylor stitched a match-winning partnership of 89 runs. The side chased down the target of 173 runs in 32.1 overs.

# Jimmy Neesham became the second bowler to claim a five-wicket haul at the ICC World Cup 2019.

# The County Ground, Taunton hosted a Men's ODI clash for the first time since the 1999 World Cup.

# Afghanistan and New Zealand faced off for the second time in an international clash, having battled it out for the first time during the 2015 World Cup in Napier.