New Zealand's win against India made it six wins in six matches for sides batting first at the Old Trafford in the World Cup 2019. 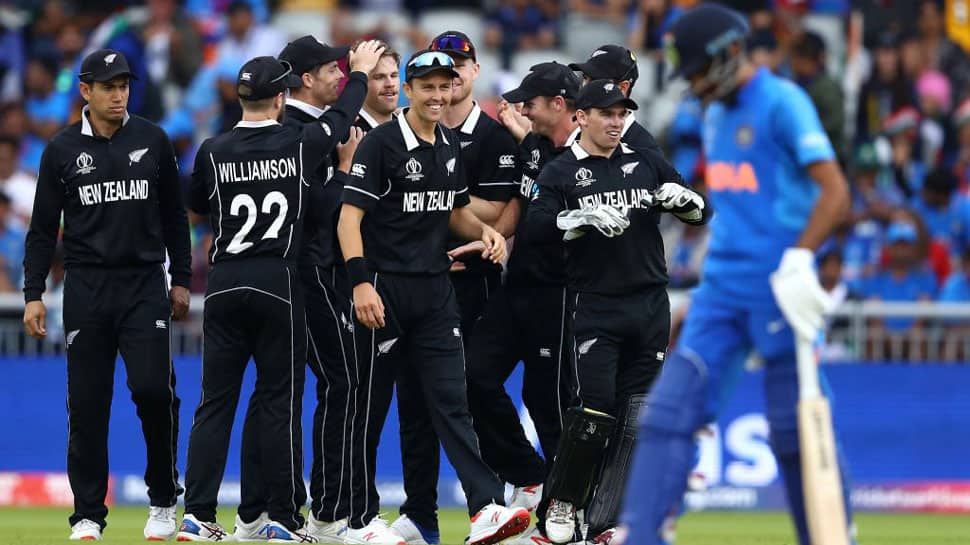 New Zealand reached the final of the ICC Cricket World Cup 2019 after defeating India by 18 runs in the first semi-final of the tournament at Old Trafford, Manchester on Wednesday.

The Kiwis posted a total of 239/8 at the end of 50 overs after the game resumed without delay, from a scoreline of 211/5 in 46.1 overs. The clash had been called off on Tuesday with 211 runs on the board following incessant rain.

Pacer Bhuvneshwar Kumar was the highest wicket-taker for India accounting for three wickets.

In reply, India were bowled out for 221 runs in 49.3 overs following an excellent performance by the New Zealand bowling attack. Openers Rohit Sharma, KL Rahul and skipper Virat Kohli were dismissed for just 1, reducing India to 5/3 in 3.1 overs.

A late 116-run partnership between veteran MS Dhoni (50) and all-rounder Ravindra Jadeja (77) helped India make a comeback in the clash. However, the duo were dismissed at crucial intervals giving New Zealand an opportunity to close out the game.

# New Zealand made it four wins against India in four ODI matches held in England, with all matches held as a part of the World Cup. This was the first instance where they ended up on the winning side while defending a total.

# New Zealand registered their first win in their last four clashes in the ICC Cricket World Cup 2019, after being defeated in their previous three matches of the tournament. This was the first instance where they had lost three straight matches in a World Cup.

# New Zealand's win against India made it six wins in six matches for sides batting first at the Old Trafford in the World Cup 2019.

# India faced off against New Zealand in a World Cup for the second time since the 2003 World Cup.