Chris Gayle, who scored a century in the opening match of the series won by England, had laid the foundation with a solid 50 from 63 balls. 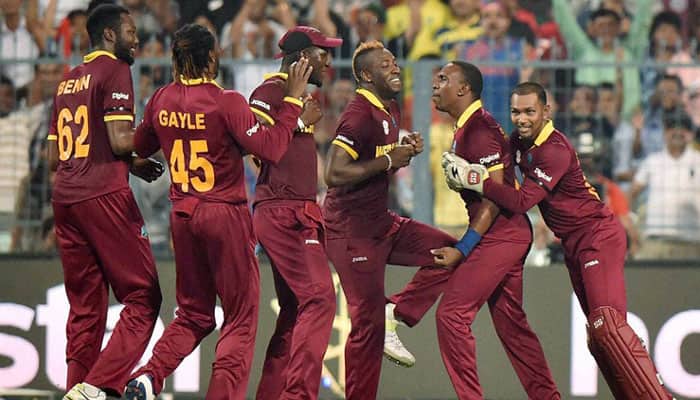 West Indies produced a dramatic comeback to beat England by 26 runs in Barbados on Friday and level their five-match one-day series at 1-1.

The hosts, who ended a 10-match losing streak in one-day internationals against England, made 289 for six with left-hander Shimron Hetmyer hitting a magnificent unbeaten 104 from 83 balls, including four sixes.

Chris Gayle, who scored a century in the opening match of the series won by England, had laid the foundation with a solid 50 from 63 balls.

But it was Hetmyer, the 22-year-old Guyanese, who got the crowd on their feet with his flamboyant innings including some powerful improvised strokes as well as sensible accumulation.

The century was Hetmyer`s fourth in the format at international level and suggests he could be a player to watch in the World Cup later this year.

But having chased down 361 at the Kensington Oval on Wednesday, England would have been confident of extending their lead in the series.

The tourists were given a strong platform as captain Eoin Morgan made 70 and they needed 62 to win from 61 balls with six wickets remaining before West Indies skipper Jason Holder removed Ben Stokes (79), Jos Buttler (34) and Tom Curran -- the latter with a questionable lbw decision after England had used their reviews.

Left-arm seamer Sheldon Cottrell returned to the attack and won the game for the Caribbean side with the wickets of Moeen Ali and Adil Rashid -- celebrating with his trademark military salute.

Cottrell, a Jamaican Defence Force soldier brought into the side as an extra bowler, ended with his career-best ODI figures of 5-46.

Carlos Brathwaite got the final wicket when Liam Plunkett holed out to Holder at long-off and England were dismissed for 263 to the delight of the Kensington Oval crowd.
Holder was quick to praise his key men.

"I am really pleased, credit to Hetty (Hetmeyr), he set it up on a sticky wicket, and credit for the way we defended it, led by Sheldon Cottrell," he said.

"When I came back I knew we needed a wicket, I got two in the over and had England under pressure. You need options in this day and age, Cottrell added variation, I love his energy, he`s one for the future," added the West Indies captain.

Morgan felt his team should have done better

"A game is never won until right at the end. We thought 290 was well without our capabilities. We made mistakes and it hurt us, and West Indies deserved to win," he said.

"Collectively, we need to chase a total like that in partnerships, but we failed to nail it down."