Steve Smith scored 131 before being run-out by Ravindra Jadeja, helping Australia pile 338/10 in the first innings. 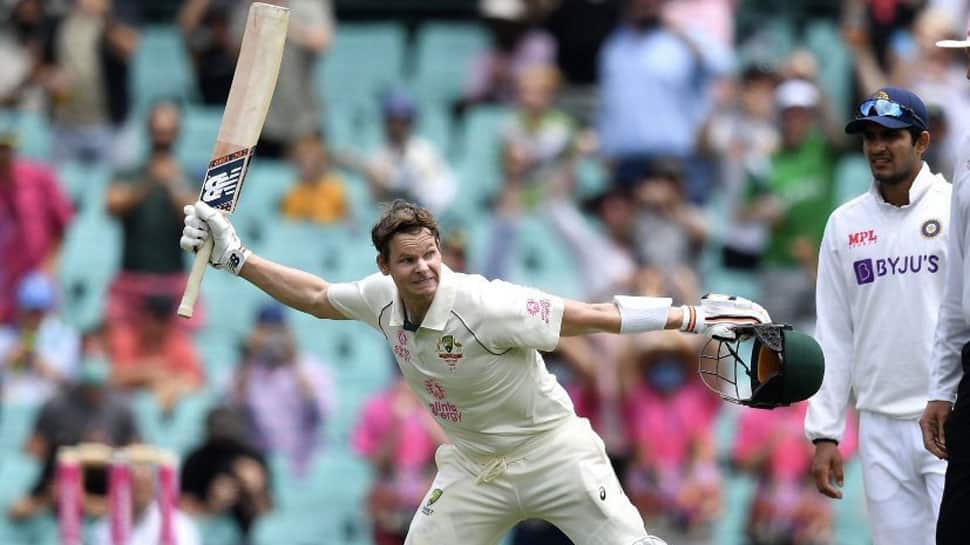 After a dull outing so far, Steve Smith finally roared back to form as he went on to complete his 27th Test hundred in the ongoing match between India and Australia in Sydeny. The 31-year-old scored 131 from 226 balls before being run-out by Ravindra Jadeja, helpingthe hosts pile 338/10 in the first innings.

With this ton, Smith is now on level terms with Virat Kohli, who also has 27 tons in this format of the game. This was Smith's first century since September 2019. His last three-digit figure came back against England in Manchester, when he scored 211.

During the course of his inning, Smith also surpassed Virat Kohli's run tally of 7318 runs in Test cricket. This was Smith's fourth ton at Sydney Cricket Ground (SCG) and also the first century by an Australian against India in last seven Tests.

Steve Smith makes a vital  at the SCG! #AUSvIND pic.twitter.com/x06NbcZcba

Smith with 136 innings also became the second fastest cricketer to reach 27 Test hundreds. Sir Don Bradman leads the chart as he took just 70 innings to complete this feat. Meanwhile, the third position is held by batting maestro Sachin Tendulkar and Kohli, who took 141 innings each to reach their 27th ton. Sunil Gavaskar holds the number four spot, followed by Matthew Hayden in the fifth position.

Smith walked out in the middle in the 35th over and went on to add a 100-run partnership with Marnus Labuschagne, who missed out from his ton by 9 runs.

Before the start of this match, Smith was going through a rough patch and could only manage 10 runs in his last four innings.