India vs Australia: Ajinkya Rahane gets royal welcome on his return to Mumbai; watch video

The team under Ajinkya Rahane's leadership showed great character in the following two encounters as India salvaged a brilliant draw in the third Test in Sydney and etched history by eradicating the word 'Gabbattoir’ from cricket’s dictionary. He himself led the side from the front after the Adelaide humiliation as he went on to score a century to put India in a formidable position in the boxing-day Test. 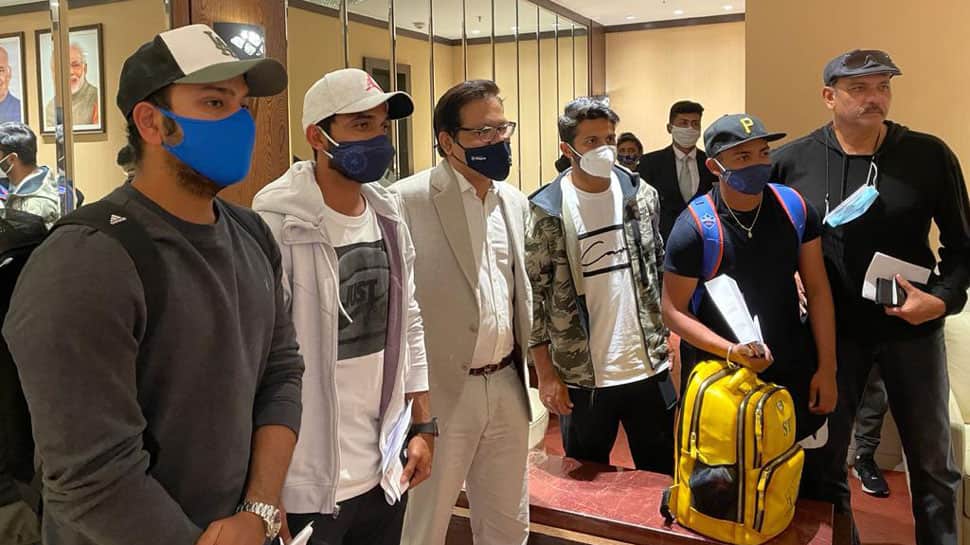 After leading Team India to a historic triumph in Australia, acting skipper Ajinkya Rahane was given a rousing welcome at his residence in Mumbai. Rahane, who was handed the charge after Virat Kohli's departure to India, led his side from the front as they scripted a fascinating comeback in the four-match Test series.

It all started with India enduring a humiliating loss in Adelaide and with regular skipper, Kohli, going on paternity leave all eyes were decked on Rahane. The 32-year-old responded brilliantly as he went on to smash a century in the first inning at Melbourne and remained unbeaten in the second to guide his side home for an eight-wicket win.

The team under Rahane's leadership showed great character in the following two encounters as India salvaged a brilliant draw in the third Test in Sydney and etched history by eradicating the word 'Gabbattoir’ from cricket’s dictionary.

India skipper Ajinkya Rahane celebrates the victory Down Under with a cake presented to him by the Mumbai Cricket Association. @mid_day pic.twitter.com/9nSrHXKwlN

On his arrival at his residence, Rahane was welcomed with the beats of dhol, while supporters showered the cricketer with flower petals. Rahane was joined by his wife and daughter during the celebration.

Five members of the Indian Cricket team arrived in Mumbai from their Australia tour on Thursday morning and they have been advised to remain in seven-day home quarantine, officials said. The cricket team members will have to undergo RT-PCR test on arrival at the international airport here, Brihanmumbai Municipal Commissioner Iqbal Singh Chahal told PTI.

"The players are also advised to remain in home quarantine for the next seven days," Chahal said.

Rahane along with Rohit Sharma, Shardul Thakur, and Prithvi Shaw, and head coach Ravi Shastri landed in Mumbai in the morning. On their arrival in Mumbai, the players were felicitated by Mumbai Cricket Association officials. Rahane also cut a cake to celebrate the team's win.

India vs Australia: It feels good to be compared to Dhoni, says Rishabh Pant