Both Virat Kohli Kohli and MS Dhoni have won 21 matches as captain for India in the longest format at home. A win in the Pink Ball Test at the Motera Stadium in Ahmedabad will help Kohli become the most successful Indian captain at home. 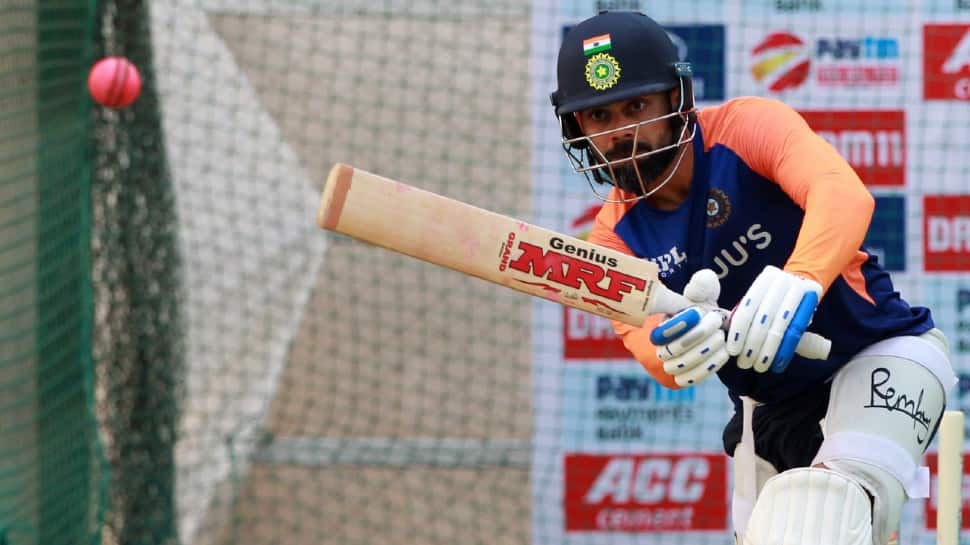 The third Test between India and England at the newly renovated Motera stadium might turn out to be a special occasion for Virat Kohli. The Pink ball or Day/Night Test which gets underway on Wednesday (February 24) will not only be Ishant Sharma’s 100th Test but a win for India will help Kohli become the most successful Indian captain at home surpassing former skipper MS Dhoni.

Both Kohli and Dhoni have won 21 matches as captain for India in the longest format at home. Since Dhoni has already retired from international cricket, skipper Kohli was tipped to eclipse the legendary wicketkeeper-batsman in the ongoing four-match Test series.

However, Kohli said such records don’t matter to him as a captain. “Records as a captain mean nothing me or any other player. It is a responsibility given to me and I’m trying to do my best. This has always been the case, and will remain the same, as long as I play the game. These are fickle things which look great from outside, doesn't matter to me as an individual,” Kohli said, at the virtual pre-match conference on Tuesday (February 23).

“We (MS Dhoni) share great camaraderie, and mutual respect is something you hold very dear to your heart. It is always more important than these milestones. I have a responsibility to keep Team India on top, and same applies to someone who takes over after me,” the Indian captain added.

A win for India is crucial if they hope to reach the inaugural World Test Championships (WTC) final later this year against New Zealand. India have levelled the three-match series at 1-1 after their 317-run win over England in the second Test in Chennai. India need to win the four-match Test series 2-1 or 3-1 to reach the WTC final.

Talking about the prospect of making it to the World Test Championship final, Kohli stressed that they would be looking to win both the Tests, but for now are only focussed on the next match.

“You don’t play for those reasons. We are looking to win both games, and not win this one and draw next. There is no point running too far ahead into the future. Let other people think about the what ifs,” Kohli said.

The third Test between India and England will be Live Streamed on Disney+ Hotstar from 230pm onwards on Wednesday (February 24).