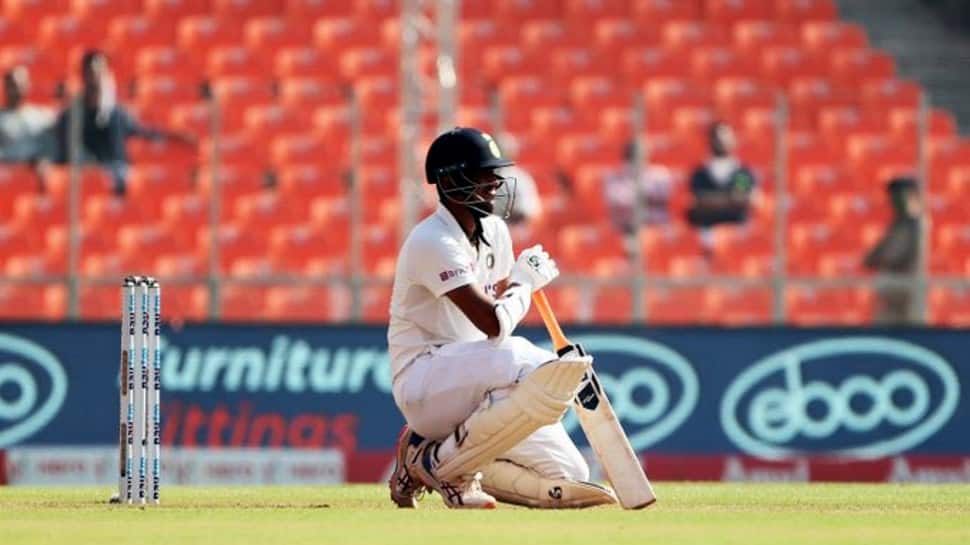 Young India all-rounder Washington Sundar was heartbreakingly left stranded on 96 not out with the last three Indian wickets falling in quick succession in the fourth Test against England last week. Former India opener Wasim Jaffer posted a hilarious tweet and Sundar gave an even more comical response to the post.

Sundar’s highest score in his fledgling career helped India secure an innings and 25-run win over England in the fourth Test to win the series 3-1. India also qualified for the final of the World Test Championship which will be played against New Zealand in Southampton later this year..

The former Indian opener has become a fan favourite for his hysterical way of explaining different situations through memes. Recently, Jaffer tweeted about Washington Sundar's masterclass innings after the youngster missed his maiden hundred.

Jaffer took to Twitter and posted a hilarious 3 Idiots meme to describe Sundar's father's reaction on meeting India’s tailenders Ishant Sharma and Mohammed Siraj and all-rounder Axar Patel, who was dismissed earlier. “Axar, Ishant and Siraj next time they meet Washington's father at a function. But seriously this 96* is no less than a hundred, very well played,” wrote Jaffer.

Even though Sundar came agonizingly close to his hundred, it did not stop him from giving an equally funny response. Sundar responded, “Thanks a lot bhaiya! Dad will definitely treat them with a lot of biryani and Halwa!”

Thanks a lot bhaiya! Dad will definitely treat them with a lot of biryani and Halwa!

Washington Sundar was not the only batsman who played a magnificent innings as Rishabh Pant probably stole the spotlight with his shot selections. While several batsmen struggled on the Ahmedabad pitch, Rishabh Pant pulled off some of the most audacious shots.