The Men in Blue are brimming with high spirit after a convincing series win, both in Tests and ODI, against Australia. 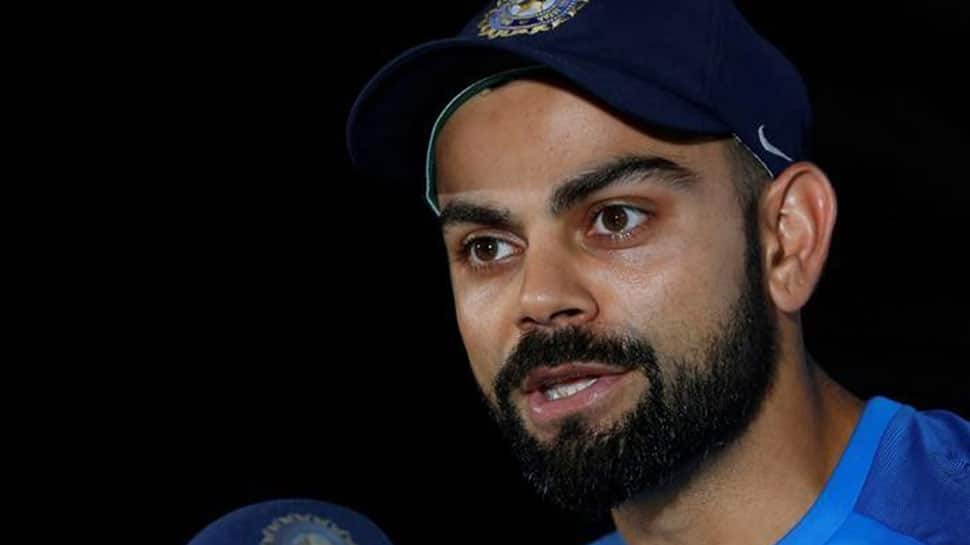 Napier: Riding high on confidence, the Indian team led by Virat Kohli will look to maintain their winning run when they take on hosts New Zealand in the first contest of the five-match ODI rubber at the McLean Park here on Wednesday.

The Men in Blue are brimming with high spirit after a convincing series win, both in Tests and ODI, against Australia in their own backyard.

However, the tourists have won only 10 out of 35 ODIs against the Kiwis in their home turf, which also includes a 0-4 thrashing in 2014.

The Indian team boasts of a strong batting lineup with the likes of Rohit Sharma, Virat Kohli, Shikhar Dhawan and an in-form Mahendra Singh Dhoni.

Openers Rohit and Dhawan are once again expected to give a fine start looking at their recent form, nothing looks difficult for the duo.

Also, Kohli, as usual, is in his peak and would once again be the main strength of the Indian batting line-up. The Indian run-machine had scored a century in his previous outing at this venue during their last tour here in 2014.

What could be a major relief for the team management and Kohli will be the current form of Dhoni, who ended the just concluded ODI series against the Aussies as leading run scorer with a string of half-centuries.

The stumper is once again expected to replicate his form against the Kiwis.

In the bowling department, medium pacer Bhuvaneshwar Kumar will once again lead the attack along with Mohammad Shami. The two were the most consistent performers during the ODI series down under.

Meanwhile, looking at his recent outing, Yuzvendra Chahal, who emerged with career-best figures of 6/42 against Australia in the final ODI, is likely to be picked in the playing eleven on Wednesday ahead of chinaman Kuldeep Yadav.

Ravindra Jadeja will once again play the crucial role of an all-rounder if he gets a chance in place of newcomer Vijay Shankar.

Coming to New Zealand, Ross Taylor, who recently played a key role in the Kiwis whitewash of Sri Lanka, will be the man to look out for. Taylor amassed 281 runs against the Lankans, which included a couple of the fifties and a century in three games.

Henry Nicholls, who smashed an unbeaten 124 in the final affair against the Islanders, will try to replicate his show against the No. 2 ranked India.

The Kiwi batting line-up also has some other big guns like Martin Guptill, Colin Munro and skipper Kane Williamson. Kane has been the most consistent performer for the home side while Munro carries the ability to swiftly change gears depending upon the situation.

In terms of bowling, the Kiwis posses one of the most attacking pace attacks with Trent Boult and Tim Southee. The duo is well known for their ability to get early breakthroughs and in death overs. Also, the duo is likely to get able support from pacer Lockie Ferguson, who too, was impressive in their last series.

In the spin, leg spinner Ish Sodhi, who was New Zealand's key performer against Lanka after picking eight wickets from three ODIs, could be another dangerous weapon against the tourist.

Overall, another tight contest will be on cards when the World number two and three-ranked sides clash.