India Vs New Zealand T20 World Cup: With or Without Pandya, Can the Men in blue trump the Black Caps?

India will face New Zealand on 31st October at the Dubai International Stadium. Both teams will be playing their second fixture of the tournament after losing against Pakistan. 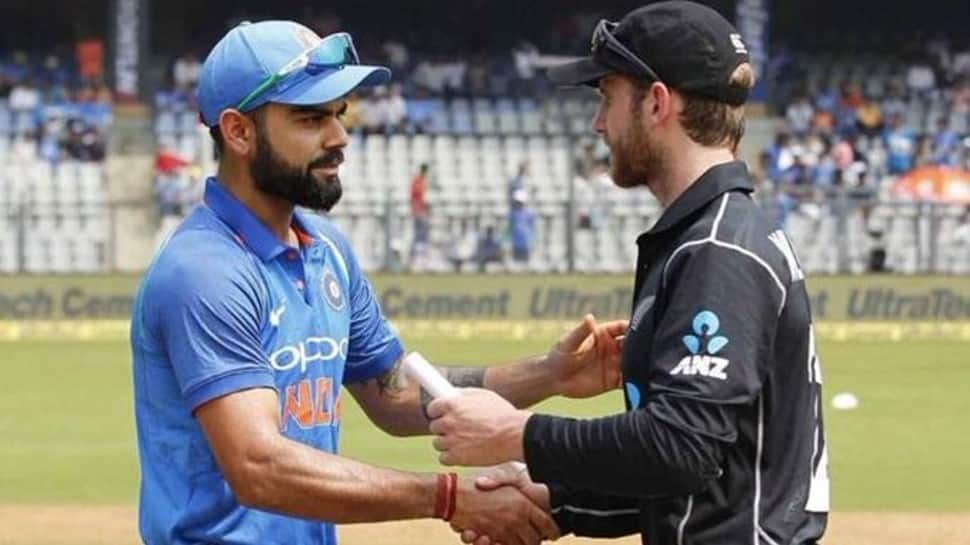 Dubai: India and New Zealand will clash at the Dubai International Stadium on 31st October which can be a decider for qualification for both the teams as Group 2 leader Pakistan have defeated both the competitors with great fashion and have an easy road of fixtures in their hands with teams like Scotland, Namibia and Afghanistan to face.

The Black Caps lost against Pakistan in their opening fixture of the World Cup as they failed to put up a challenging score on board for the Men in Green. Pakistan with extreme professionalism demonstrated by their middle-order like of Shoaib Malik(26*) and Asif Ali(27*) chased 135runs with 5 wickets in hand and 8 balls left.

India failed to maintain their clean and impressive record against Pakistan in the WorldCup opener as even a good score of 151runs(given the conditions) was chased with ease from the Pakistani Opener's Mohammad Rizwan(79*) and Captain Babar Azam(68*) who dominated the Bowling attack of India without losing a single wicket and winning by 10 wickets.

Both the teams need to win this match as it'll have a huge impact on the Group2 table and the mindset of the teams, now Virat Kohli-Kane Williamson will look to bounce back from their last fixture because Pakistan has already qualified (if they don't lose any easy upcoming match) and there is just one more team that can qualify for the knockout stages.

New Zealand and India have faced each other in the 2007 and 2016 T20 World Cup, the Men in Blue have struggled against the Black Caps as both the matches were won by New Zealand. This gives India a chance to break the record in the 2021 T20 World Cup which they eye to bring home.

In the T20 Internationals played between the two, New Zealand still holds the edge as out of the 16 clashes, The Black Caps have outshined India 8 times with 6 wins to India and two matches were tied.

What changes can be made and probable playing 11

New Zealand just like India played with their best 11 available in the first fixture but the opening batter Martin Guptill got injured against Pakistan and is doubtful that he'll play against India or not. This will be a huge advantage for India as Guptill is the man after Virat Kohli(3218) to score the most runs(2956) in T20 Internationals.

With Hardik Pandya getting injured in the clash against Pakistan, Ishan Kishan could be given a chance to perform but that would mean Captain Virat Kohli dropping to number 4 position.