India's batswomen failed to score three runs in the final over in an embarrassing capitulation, gifting England a one-run win in the third T20 International and a 0-3 series whitewash on Saturday. 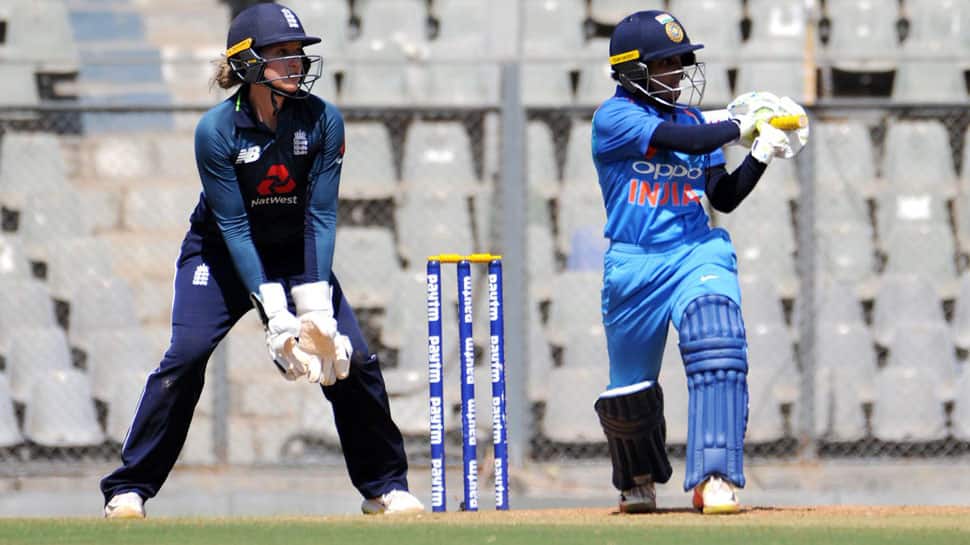 'The only way is up from here on,' a dejected WV Raman said on Saturday while questioning the technical acumen of some of his players, after the India women's team went down to England for its seventh straight T20I loss.

India's batswomen failed to score three runs in the final over in an embarrassing capitulation, gifting England a one-run win in the third T20 International and a 0-3 series whitewash.

"Basically, first they need to work a lot on their skills," coach Raman told reporters when asked if a mental conditioning expert is the need of the hour for the women's team.

"Once the development in terms of skills happens, then all other things come into play because tactically everybody is aware of what needs to be done, but tactics cannot be executed unless the technical base is good enough," he added after the final T20I.

Chasing a mediocre 120-run target, India looked in control as they needed just three runs in the final over but they failed to achieve it after Kate Cross dismissed Bharati Fulmali and Anuja Patil off successive deliveries, leaving Mithali Raj stranded at the other end.

Coming out to bat at number four, Mithali scored unbeaten 30 off 32 balls to take the team close to victory.

"We had a chat about what is she comfortable doing and what suits the side as well. Since Harman (Harmanpreet Kaur) was not here, we needed someone with experience in the middle order. That's the reason she stuck to her slot of number four," Raman said about Mithali's batting position.

"Quite obviously, she also needs to be backed up by others. Unfortunately, that kind of support did not come. It is all a case of what a specific player can bring to the table and how it suits the team's need. That's how things will happen."

Despite the 0-3 whitewash in the T20I series, Raman said he was not crestfallen and is looking ahead to the future with many youngsters coming up.

"It is just that the newcomers need to get a little bit of experience to know what to do under a little bit of pressure and challenge. Once that improves, I think it will be a very good situation for us in the future," he said.

"So I am not totally either sulking or mourning about it. From here on, the only way is up. That is the way I would look at it."