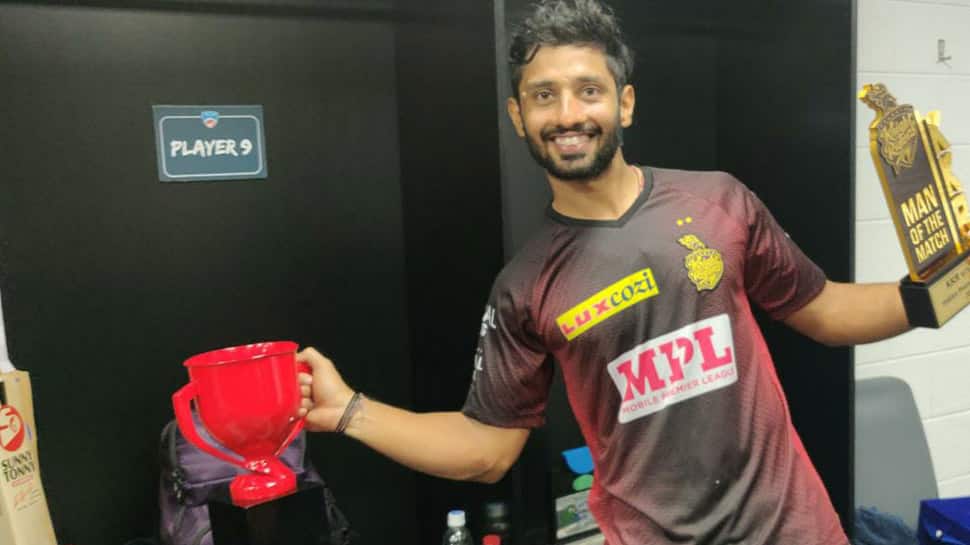 We were a few runs short, but the bowling made up for it at the end. Well played boys of @KKRiders And have to mention our @ImRTripathi ‘Naam toh suna tha....kaam usse bhi kamaal hai’ Be healthy all of you and rest well. @Bazmccullum will see u soon

Tripathi, who is a fan of Shah Rukh Khan, said that it was a dream for him to perform in front of the Bollywood star.

Chasing KKR’s total of 167, which was looking below par in the innings break, CSK could only muster up 157/5 from their 20 Overs. CSK were cruising towards victory at one stage but KKR bowlers sparked a tremendous turnaround to grasp the victory from the jaws of defeat.

Watson (50 off 40 balls; 4x6, 6x1) and Rayudu threatened to take the game away on their own at one stage but KKR were up for the fight.  The duo stitched a brilliant 69-run stand for the second wicket to put CSK in control of the game. Faf du Plessis was dismissed for 17 by Shivam Mavi.

What KKR did well was to ensure that CSK batsmen never take game by the scruff of the neck. Their pacers Cummins, Mavi and Nagarkoti ensured that they bowled tight lines, even if they couldn't get hold of the wickets.

This is was CSK's fourth defeat in IPL 2020 and they are currently at 5th spot on the points table, while KKR jumped a place to 3rd after registering three wins in 5 games.

CSK will now clash with Royal Challengers Bangalore in Dubai on Saturday, while KKR will play against Kings XI Punjab in Abu Dhabi on the same day.

IPL 2020: This is what Chennai Super Kings skipper MS Dhoni told his batsmen after loss against Kolkata Knight Riders