As players waited for the toss, which was delayed due to a storm at Sharjah, Virat Kohli walked up to MS Dhoni after which the two engaged in a fun conversation. 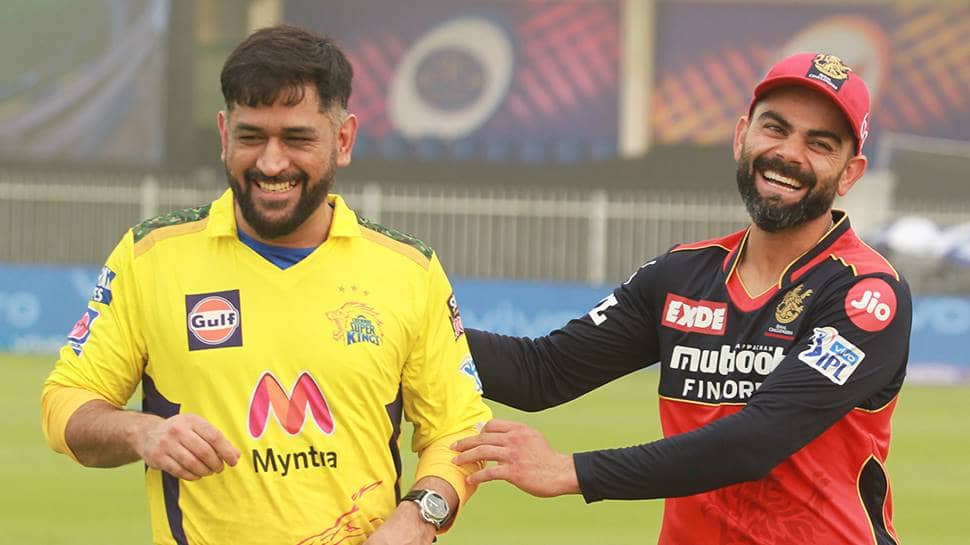 Be it standing together in one unit or placed in opposite ranks, MS Dhoni and Virat Kohli share a healthy relationship both on and off the pitch. A similar scene was witnessed between the two  cricketers, who greeted each other with smiles ahead of the showdown between Chennai Super Kings (CSK) and Royal Challengers Bangalore (RCB) in the ongoing Indian Premier League (IPL).

As players waited for the toss, which was delayed due to a storm at Sharjah, Kohli walked up to Dhoni after which the two engaged in a fun conversation. The video of the incident was shared by IPL on their official Twitter handle.

RCB also shared a picture of the two on Twitter and hailed their bond as "bromance for the ages".

Dhoni, who once shared the dressing room with Kohli as Team India captain and then a player, will once again reunite with the 32-year-old in the upcoming T20 World Cup, which will be played in UAE and Oman from next month.

Dhoni, who hung his boots from international cricket last year, will now be seen in a mentorship role as the Men In Blue chase the elusive ICC trophy in the mega event.

Talking about the ongoing clash, CSK won the toss and opted to field first. However, the decision has not gone in his side's favour so far, who are still struggling to find the first breakthrough as Kohli along with Devdutt Padikkal have added over 100 runs for the opening stand.

'No-ball or fair delivery': Twitter divided as India go down against Australia in final over thriller