All three cricketers have been part of MI from the first edition of IPL in 2008 with Tendulkar, who retired as player in 2013, remaining as the franchise team's icon. 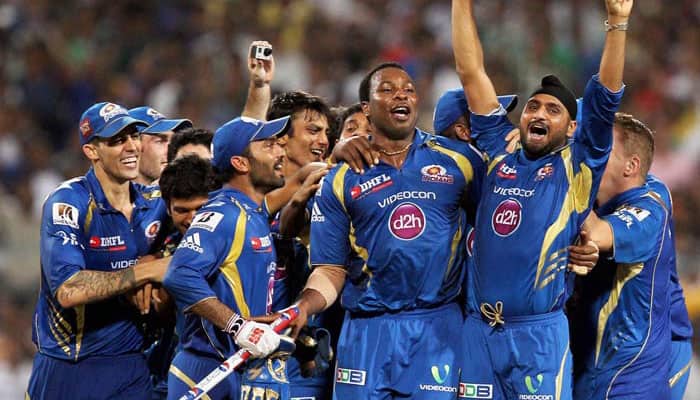 During the function to celebratate "10 glorious years of Mumbai Indians", the franchise team's trio of cricket legend Sachin Tendulkar, Sri Lanka pacer Lasith Malinga and seasoned off-spinner Harbhajan Singh are to be honoured by team owners Mukesh and Nita Ambani at their residence, it was learnt today.

All three cricketers have been part of MI from the first edition of IPL in 2008 with Tendulkar, who retired as player in 2013, remaining as the franchise team's icon.

India captain Virat Kohli is the only other player to have remained with one franchise (Royal Challengers Bangalore) in ten years of the T20 League.

All those who had been part of MI in the decade-long journey, including former support staff/ex-players like Anil Kumble, Shaun Pollock, Ricky Ponting and Sanath Jayasuriya, have been invited for the function, it was learnt.

The current lot of BCCI and MCA officials, as well as Bollywood celebrities, have also been invited for the function.

The celebrations are to be held a day after MI's first home game of season 10, against Kolkata Knight Riders, at the Wankhede Stadium.

MI are to open their campaign in IPL 10 on April 6 in an away game against Rising Pune Supergiant.

Over the years MI - owned by Reliance through its subsidiary Indiawin Sports Private Limited - has emerged as a nursery for quite a few budding cricketers who have played for the IPL franchise before making a mark at the international level.

Incidentally, Reliance had been first associated with cricket when the company was the title sponsor of the 1987 World Cup held in India and Pakistan.